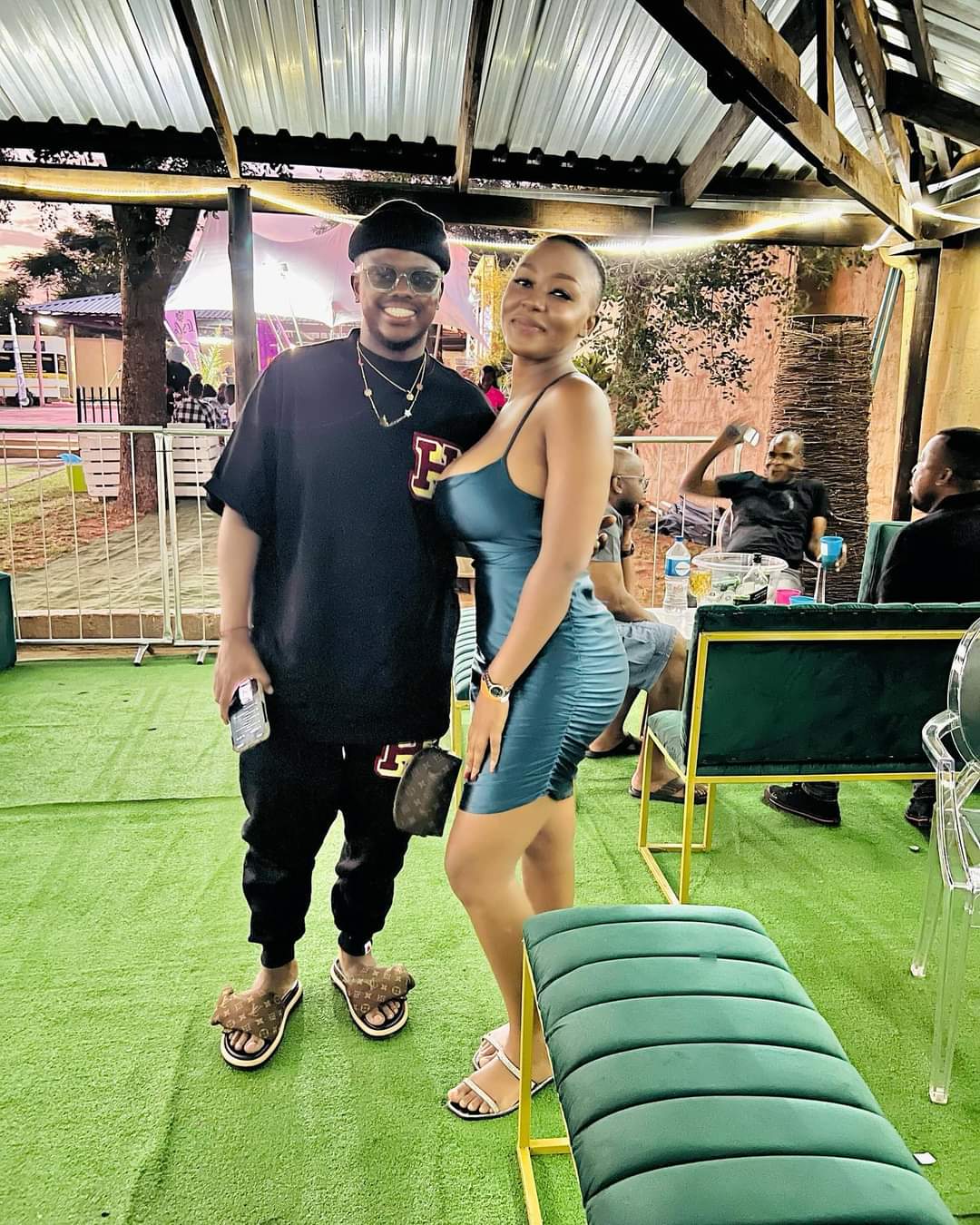 South African Dj Zinhle Jiyane famously known as Dj Zinhle has had her fair share of heartbreaks.All that has changed ever since she met her husband Bongani Mahosana affectionately known as Morda.

The two seem to be head over heels in love with each other as they are always declaring their love for each other on social media. Dj Zinhle is a lucky girl as she was gifted a diamond ring as a birthday present by her husband. The two married in a secret ceremony sometime early next year and the event was broadcasted on their reality show The Unexpected. Murdah Bongz posted the whole surprise on his Instagram page after New year’s eve.

The former black motion member is in love with his wife and he wants the world to know, this is evident judging by his social media posts. In a video shared online Dj Zinhle can be seen unwrapping big boxes before finding the red little box hidden inside. This has melted a lot of hearts on social media. Some ladies are praying for God to answer their prayers just like Dj Zinhle.

A few moments after the surprise a lady posted a pic on her social media posing “inappropriately” with Murdah Bongz. Some people thought that the pic was inappropriate as Murdah Bongz is a married man. See the pic below:

You shouldn't pose like this with a married man 🤦🏽 pic.twitter.com/DR8n83BGEg

Here is what people had to say: “This is the type of girl who will open their legs if an opportunity comes and wreak havoc and make it her mission to tell DJ Zinhle about it 🤞💯”

Let us know your thoughts do you think this kind of pose with someone’s husband is appropriate?