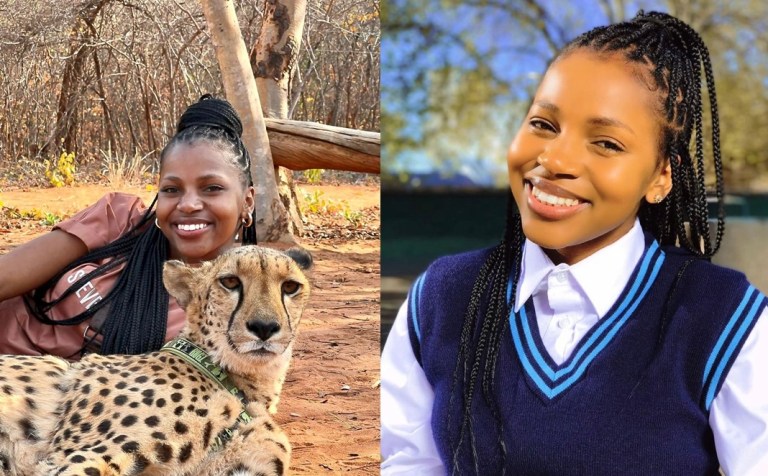 A peek inside the vacation of Bukiwe Keva that got her fired.Popular Gomora actress Bukiwe Keva, who played a bully Asanda was reportedly given the boot from the telenovela after she went on a retreat with her Zambian tycoon Paul Steele.

The popular actress Bukiwe Keva, who was reportedly fired in August via Whatsapp by Gomora where she played the role of Asanda is reportedly head over heels in love with the Zambian tycoon Paul Steele.

“City Press reveals that the actress was given the boot after she went on a retreat with Steele, Malcolm X, and his girlfriend, who is also from Zambia.”Sources close to the actress revealed that the trip was sponsored by Steele, and the two couples allegedly spent three weeks at the posh Royal Livingstone Hotel in Zambia, which costs upwards of R14 000 a night for a standard room.

The source added that Steele softened her exit by buying her a Mercedes-Benz AMG CLA 45 worth R2 million in August.“They have been seeing each other since late last year. He likes her and the trip to Zambia cemented things for them,” said the source.“When she came back from Zambia, he bought her a brand-new car, which she posted all over her Instagram.

People close to her know that he bought it for her, but everyone else has been asking how she could afford that car because she is unemployed. Even if she was working, she could not have afforded that car. He has been spoiling her a lot.”Another source close to the actress Bukiwe Keva told City Press that the Zambian tycoon Paul Steele bought her a multimillion-rand house in Bryanston.

“All of these things are in her name because he loves and trusts her a lot. He really wants to make sure that she is the envy of many girls. She goes around telling people that she won the lotto because she does not want anyone to question how she is living this life without a job.”The publication adds that Malcolm X and Keva travelled from Johannesburg to Zambia in Steele’s private jet, visited the hotel’s game reserve, where they took pictures with lions and cheetahs, and also enjoyed a helicopter ride above Victoria Falls.

It is believed Paul Steele is a diamond dealer and owns a fleet of trucks, and is well known for his links to central African leaders including former Zambian president Frederick Chiluba.Actress Bukiwe Keva did not comment on her exit and relationship at the time of publishing this article.