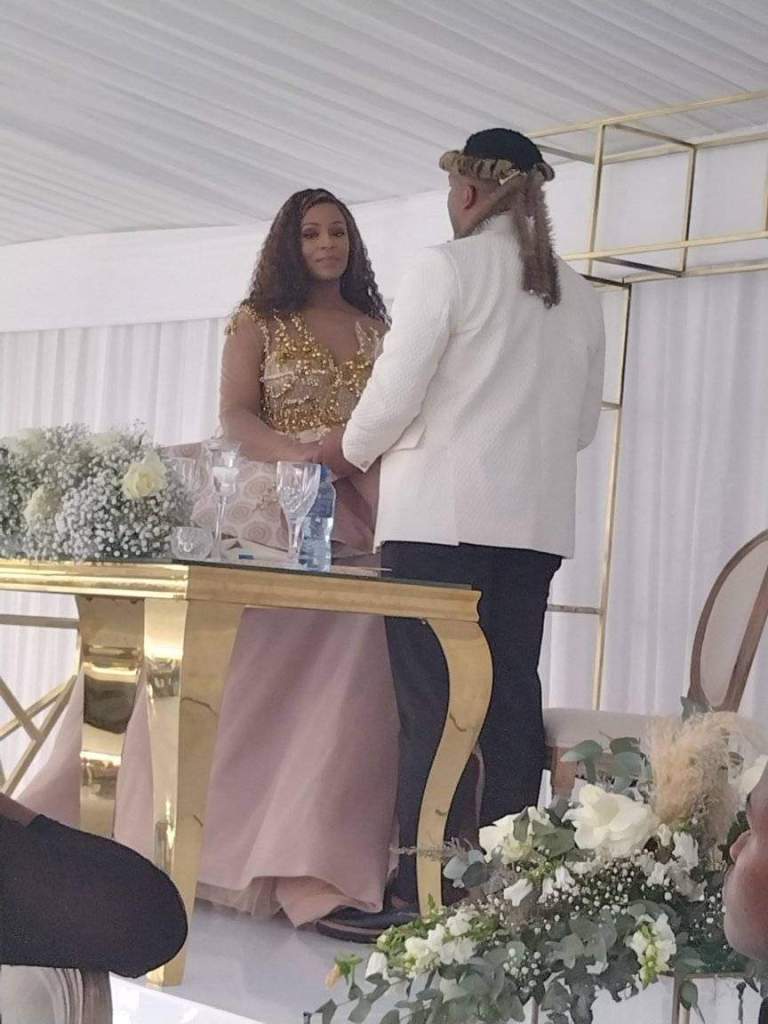 It is official that former Isibaya and The Queen actress Jessica Nkosi and her former Uzalo actor boyfriend are now married. According to The South African, both Jessica Nkosi and TK Dlamini tied the knot at their traditional ceremony called Umembeso and the shocker is, Jessica Nkosi’s father’s family were not invited.

As reported by The South African, according to a close source to the couples who wished for their identity to be withheld, Jessica Nkosi’s paternal side is just as shocked at many others that the couple finally said their i do’s. More than anything, Nkosi’s family is in complete disbelief that they would be excluded from such auspicious day that should involve all families and friends to celebrate love.

“We saw it coming that she would not inform us about her wedding. Her maternal family probably accepted the lobola. We haven’t heard from her since the family asked about their relationship. Jessica shares the same clan surname ‘Dlamini’ with TK and the family wasn’t happy about that. According to our tradition, you cannot marry someone that you share the same clan surname with. When they asked her about this, she distanced herself from everyone.” said the source

The anonymous source did not hold back to reveal some of the details surrounding Jessica Nkosi and TK Dlamini’s relationship. Reportedly, Nkosi was also paid lobola but kept it a secret from her family.“The two dated a while ago and she even introduced us to him during a funeral, but we were also not happy because at the time Khaya had just separated from Nomzamo Mbatha who was close to Jessica. We haven’t heard from her for more than two years now. Apparently, they paid lobola for her, but she doesn’t speak to us now,” added the source.

Reportedly, Jessica Nkosi now has a new character and virtue since becoming famous, hence not everyone was invited to her traditional wedding. The source continued to reveal that the Nkosi’s family is certainly not jumping for joy that the actress became shady and excluded them. They have since has lambasted her for being ‘bitter’. However, one would argue that where there is smoke there is always fire.

“Ayanda is bitter, she was not like this before. She used to be a sweet girl who used to visit us when her father was still alive, but fame got into her head and she abandoned us,” added the source.Tweeps are just as surprised as Nkosi’s paternal family. Taking to Twitter, they have congratulated both Nkosi and Dlamini for officially becoming one eventually. Despise some infidelity and cheating rumors that have engulfed the couple in the past.

Prayers pour in for L’vovo as he battles a stroke