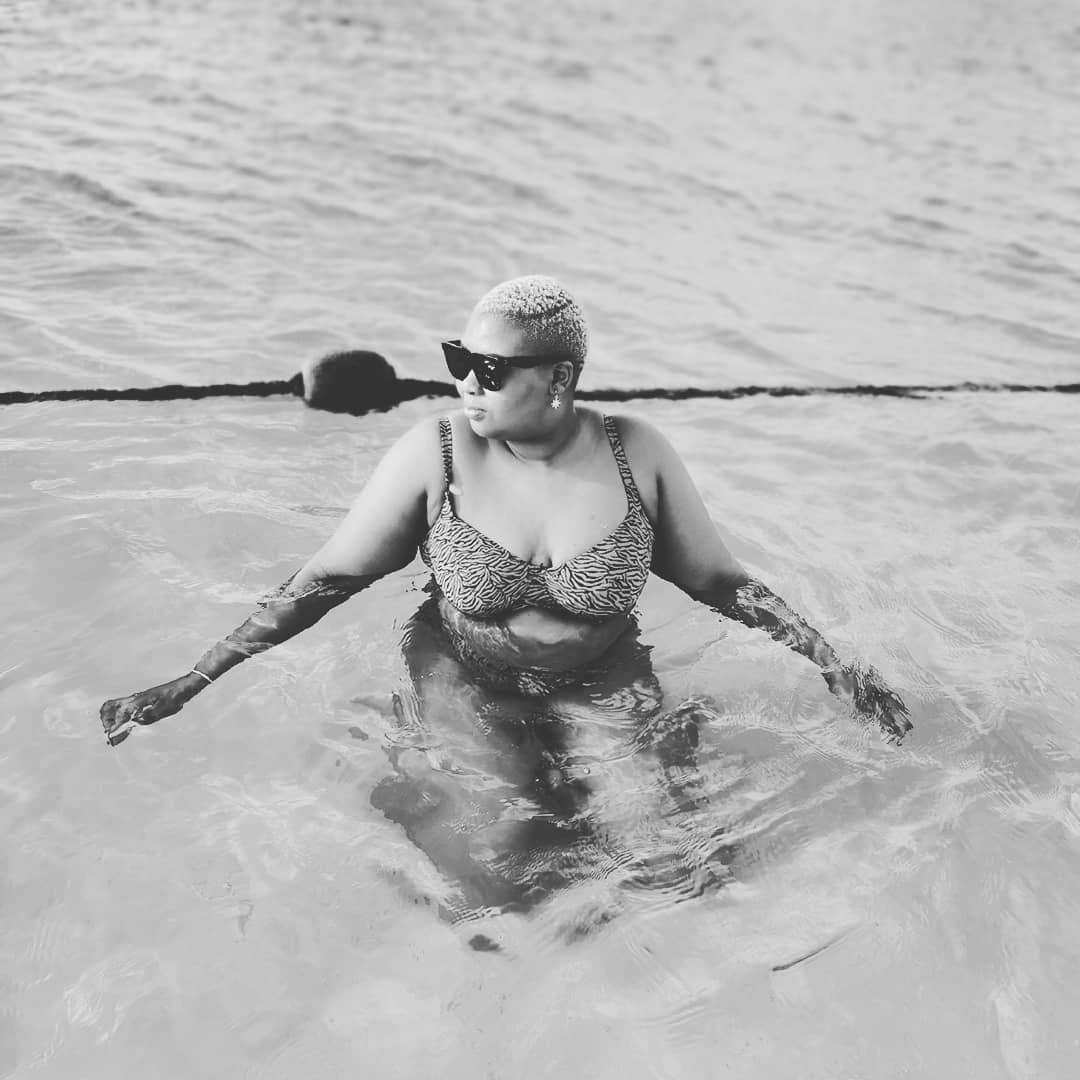 Anele Mdoda showed off her curves in a pretty pink bikini during a trip to Mauritius. The radio and TV personality paired the look with a stylish pair of sunglasses. Your skin just like pearls,” she wrote on Instagram. Some of Anele’s A-list friends flooded the comments section with compliments.

Lindiwe Mazibuko, who recently showed off her bikini snaps, commented with “heart emojis. Anele and her family stayed at luxury beach resort, LUX* Belle Mare, during their trip. They went ziplining and explored the local markets.

Anele also gave her followers a glimpse of her perky derriere when she went parasailing with her “dzaddy”. The 947-breakfast show host declared she is read for a “hot girl summer”.

Robert Marawa is grateful to be alive after suffering a third heart attack recently. Robert drove himself to hospital after “not feeling well” and within a couple of hours was admitted to ICU.

“There was something, there was a pain that was not making any sense,” he told fans in a video on social media over the weekend. Robert is currently in a recovery ward after “an unbelievable last couple of days”…Read more