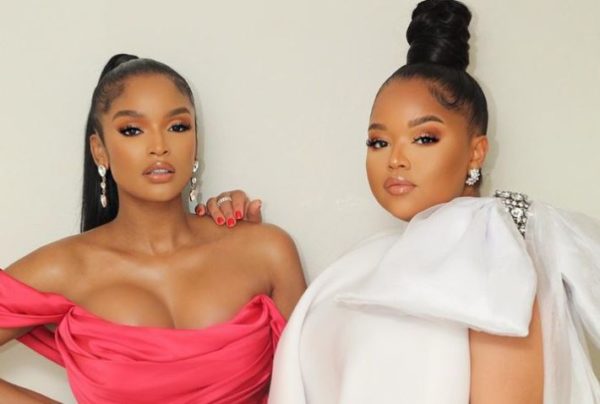 Ayanda Thabethe and her sister, Lungile Thabethe shine on the Glamour Magazine cover.

The two claim to be excited about the opportunity which they utilized to promote their makeup brand QuickFace which was launched months ago.

“We’re so excited to be the official cover girls for the December / Jan issue. This issue particularly feels like a full circle moment because it is one that honours diverse and talented women who are formidable in their fields, the busy women on the go we had in mind when creating the Quickface 7-step makeup routine,” they wrote.

Lungile and Ayanda are elated about their achievement; they hope it grows bigger.

In other news – K.O celebrates as SETE stays as number one for 12 weeks

K.O’s SETE has made history after staying as number one spot for 12 weeks. This is a big deal for the star as many of his fans are excited The rapper released the single featuring Blxckie and Young Stunna ahead of his Skhanda Republic 3 (SR3) album launch on September 15. learn more