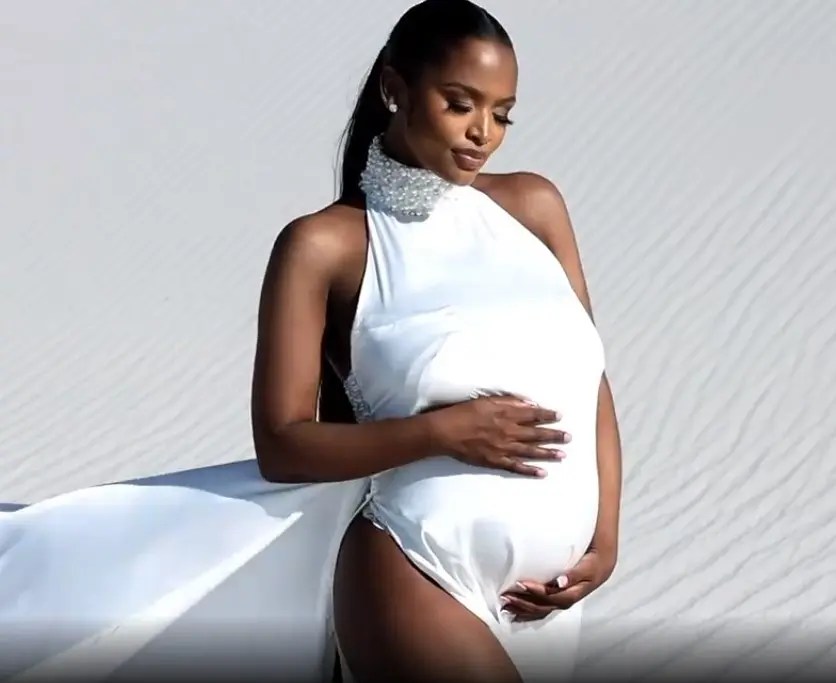 Congratulations are in order as Ayanda Thabethe announces her pregnancy with adorable video.
The star took to her Instagram to let the world know that she is expecting.

Ayanda made this news known after going off social media for weeks.
Well, she came back with good news as she showed off her baby bump.

Many of her fans and other celebrities have taken to the comment section to congratulate her.
Ayanda said: “More than my heart can hold. Greater than I deserve. Beyond everything I could ask for. An answer to a secret and nervous prayer. Finally, my forever has come ..”

Award winning artist Oscar Mbo, has topped the Twitter trends list as he is embroiled in a nasty payment drama and his fans are disappointed at him.

This comes after being accused of being a “no-show” at gig after being paid to play at the gig. A DJ by the handle. Learn more