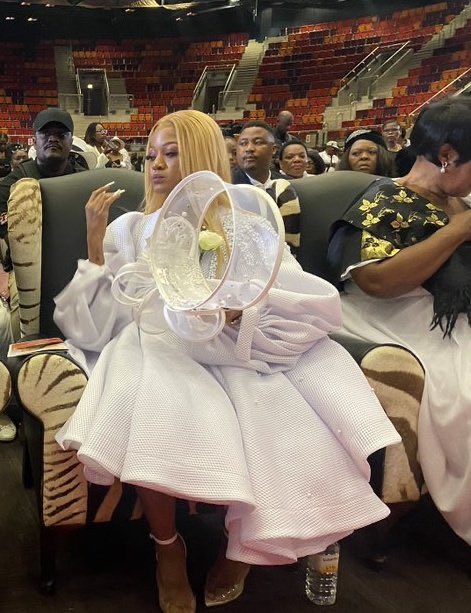 It never rains but pours for Gqom Queen Bongekile Simelane affectionately known as Babes Wodumo. The Durban singer has been trending ever since her husband Mamphintsha died a few days after he had a stroke.

There have been numerous videos currently circulating on different social media platforms. In the videos, different people are seen imitating babes Wodumo’s dance at her late husband’s funeral. In the most viral video of the Babes Wodumo challenge, a woman was wearing all-black clothes holding a doll with green hair dancing to Mamphintsha’s latest hit Ngeke. See the video below :

South African do not deserve the internet, period 😭😭😱😱

Some people thought that this video was disrespectful. It’s not funny imitating a widow as she is going through a lot right now. Everything in South Africa seems to be a joke these days that people have lost compassion for each other. See some comments from other users below:

“As much as South Africans joke about everything, I believe death is one thing we can’t joke about. Even our parents taught us that, so it’s surprising to find people making a mockery of the situation ka babes. We can joke about anything but not death.”

Do you think it was appropriate for Babes to dance at her late husband’s funeral? Let us know your thoughts in the comments section.