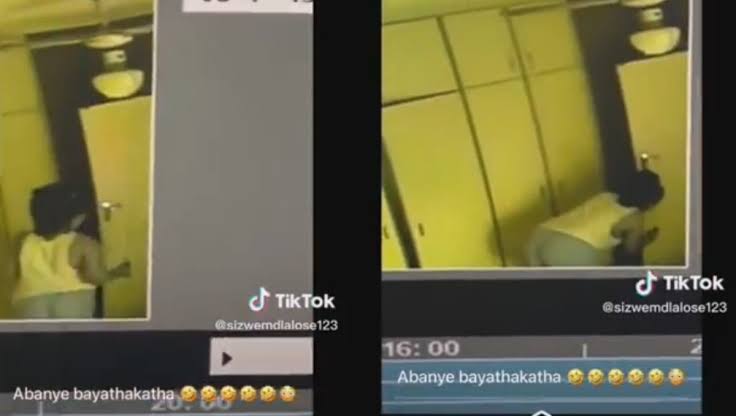 Recently the widow caused commotion on social media after releasing a video of a group of girls who were caught on camera at night at her house roamimg around. On the footage we could one of the girls in action as it looked like she was spilling something. Babes Wodumo alleged that tye girls were performing witchcraft at here merital home. She added that the ladies didn’t have any clue that there camera’s installed in her home and everything was caught on camera.

It looks like Babes Wodumo is not here for games she is ready to expose each and every lady in her late husband’s phone. Since the video was released it has caused a lot of commotion on social media, it looks like she is ready to reveal all Mampintsha’s dirty secrets and reveal to public that he wasn’t a loyal husband at all.