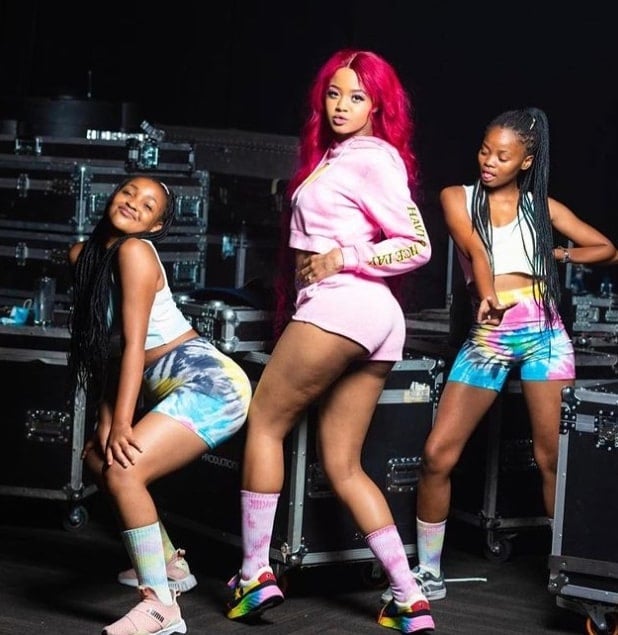 ZAtunes reports that Ngeke beat Skweletu’s Inja Endlini hit single to clinch Ukhozi FM’s Song of The Year. The publication adds that the win is dedicated to Mampintsha, who died on Saturday, 24 December, and was buried on Friday, 30 December.The track was released in November 2022 and has a video treatment, which currently seats on over 3 million streams in just a few weeks of its official release.

Babes Wodumo was preforming live on stage tonight. Girl is definitely back at work and must be supported by all means. May God make way for her to continue this journey. May she be strong, bold & courageous as she heal the pain of losing her husband. Proud of you Queen 🤌🏽🥰🙌🏾 pic.twitter.com/D3NbcicL2v

If you’re going to trash Babes Wodumo on Twitter for how she mourns her husband, be prepared for the response🤞

The Gqom community is taking no prisoners when it comes to their queen!! pic.twitter.com/bd8uAUroO3

Babes Wodumo is so Strong 😍🥰🤩🤲 such an Beautiful ending of the year to see her singing live on stage #sabc1siON and doing what she loves Retweet to Show Her Some Love Babes Wodumoooo
Makhadzi Dj Hlo Dj Tira #RIPShimora #MampintshaMemorial #MampintshaFuneral pic.twitter.com/XEuxeOrPcP