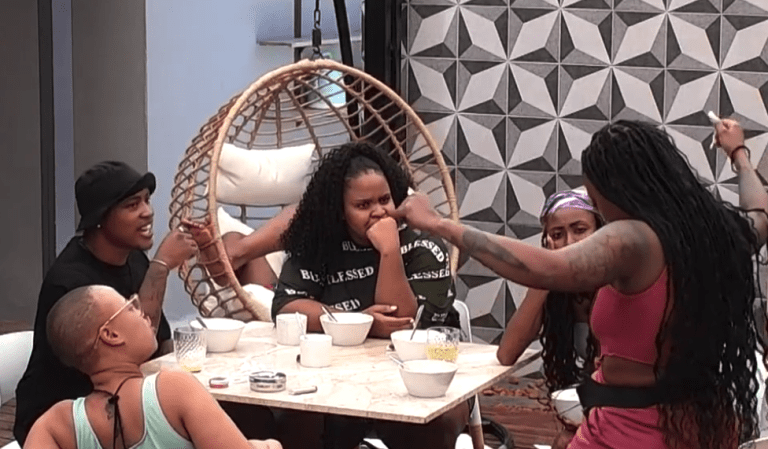 In the early hours of their first morning in the House, the Housemates spent a large portion of their time getting to know each other.

The excitement and thrill about being the first to occupy the #BBMzansi House in seven years had everyone feeling a little ecstatic about making the cut.

The conversations are rich and fascinating, each revealing a new layer about a different Housemate. While talking about relationships in one of the bedrooms, Sis Tamara, QV and Norman seemed to be of one mind that Zino will turn out to be the flirt of the House. His calm, unassuming demeanour seemed to be the biggest attribute to his possibly being a flirt without knowing it. Their reasoning is that it will just come out naturally.

On the other hand, Gash1 has confessed to going rogue. He admits he has a girlfriend, but she wasn’t made aware of his intention to be in BBMzansi. QV’s curiosity got the best of her and had the Housemates share their ages.

It seems this lot are more excited about being age mates. In their hopes of finding relatability, we hope this fosters a pleasant week of getting to know each other before they start unravelling.

Terry Treasure aside from being a BB Mzansi housemate is a makeup artiste and an adult content creator from Johannesburg. She’s known as ‘The Treasure’ on Onlyfans where she shares exclusive photos to those who have subscribed to her content on there.

Seems this year’s BBMzansi is really going to be a thrill – fans have already started following and no one wants to miss even a minute. The show has been trending on social media platforms from the day the doors were open.

Big Brother Mzansi season 3 is broadcast live 24/7 on DStv Channel 198. There is a daily highlight show on Mzansi Magic (DStv channel 161), Tuesdays to Fridays starting 25 January 2022 at 22.30. Sunday Eviction Shows begin on 30 January at 18:00 and will be broadcast on Mzansi Magic.