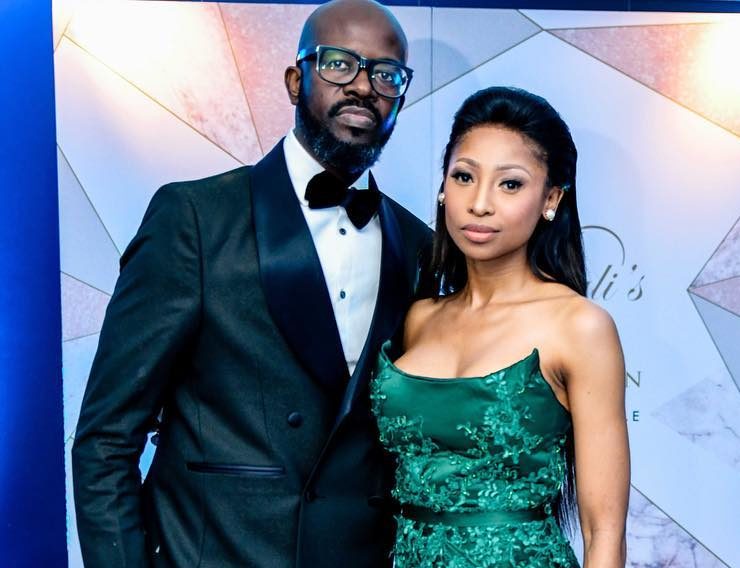 Black Coffee pleads with Enhle Mbali to leave him alone after she did this.Things seem to be going south with the divorced couple Black Coffee and Enhle Mbali who are at loggerheads again after the latter’s Instagram post where she accused Black Coffee of fresh abuse.Enhle posted a touching post to mark the end of the 16 days of activism against gender-based violence where she revealed that she had been abused and was standing against the treatment she had experienced. She, however, did not reveal who had abused her.

“16daysofactivism In the voice of women: “my body is my greatest form of protest, as I am not owned !!! It is beautiful in every form and you cannot tell me what to do with it ,or what I have to wear for it to make you comfortable, your abusive nature is not welcome here. I am a being as you are ,worthy of respect , as you are, worthy of truth as you are, worthy of protection as the universe intends. I may be covered in your harsh words , lies , wounds and so much more. Here I am , I stand tall in my delicate strength because I AM WOMEN!!! 📸@0723.studio @thickleeyonce. Styled by @essie_apparel make up @makeupgurubongi,” she said two weeks ago.Then Black COffee replied via his Twitter page that;

The day my ex accused me of physically harming her, nothing was the same. It has left a heavy void in my heart a void I can’t shake off.I lost a big part of myself, no court of law could ever fix the pain and shame I still carry today.Black Coffee continued by saying

“My late father was abusive, to see her continue to ride that wave as a victim using me and using some of my tweets about it on that swimwear as an activist is quite dark and irresponsible. She knows people who abused her she must confront them and leave me alone,” Black Coffee said.