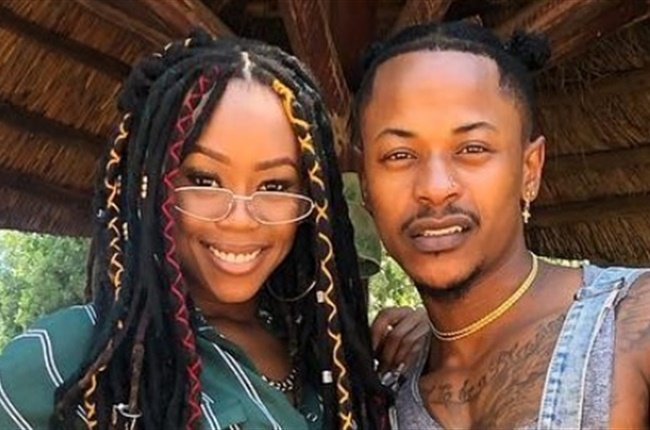 Bontle Moloi speaks on why cheating is not a deal breaker for her.Bontle Moloi, who is married to the rapper Priddy Ugly, recently participated in an interview on Mac G’s Podcast and Chill, in which she discussed her marriage, relationships, cheating, and the death of her father.

Bontle Moloi reveals why she won’t leave her husband even if he cheats
The star of “Hear Me Move” discussed the first time she and “Priddy Ugly” got together, saying that they began chatting on “Mxit.” They were close friends for approximately three years, beginning in 2006 and continuing through 2009. When they decided to take their relationship to the next level, it was right after Bontle had been dumped by her boyfriend on her birthday. It was a difficult time for both of them.

The dancer reveals that she had just returned from an international trip when she made the first move on Priddy after the two had been friends for three years. The trip took place after she had just gotten back from her vacation.Bontle also got down to the gritty details by discussing the relationship that lasted the shortest amount of time in her entire life. It was a one-week relationship with the singer and dancer Shelton Forbes, but it was cut short. She admitted that they were just rebounds for each other and that the relationship never went anywhere serious.

Many people have now understood that she is only interested in attractive men because of this. Despite the fact that she was willing to admit that she had dated some men who had questionable looks, she was not completely in agreement with that statement.Mrs. Moloi felt compelled to address the viral video in which she and her husband were seen claiming that infidelity does not constitute a deal breaker for them. “In our opinion, cheating is not enough of a problem to end our relationship.

Without trying to discredit the experiences of anyone, there have been a lot of discussions, a lot of experiences, and a lot of things that have taken place in order to form the basis of such a decision. “So us deciding or me feeling right now as Bontle that cheating is not a deal breaker is just really how I feel,” she said. “It just isn’t a deal breaker.” “A situation of that nature is not the kind of thing that would put a strain on our friendship,” the speaker continued.

She then elucidated that in the event that Priddy were to cheat on her, they would make an effort to mend their relationship before turning their backs on each other. As long as the infidelity was not of a more serious nature, Bontle stated that she would totally comprehend it if Priddy simply desired a “release.”On the other hand, she continues by stating that they have no reason to cheat on each other in light of the way their relationship is structured. The extent of her forgiveness is contingent on the degree to which she places a high value on the man, and Priddy is undeniably deserving of that forgiveness.

“The man who I am with and who has been by my side through all of these years as I’ve built my life. Is a man who is worthy of everything that has been stated. Because I have proven myself to be a man worthy of that, and because he has demonstrated that he is a man worthy of that as well, I am willing to put myself in that type of position for him to do the same thing.

Mac G then asked her whether or not she would still want to work things out with him even if he had to cheat on her and have a baby. Bontle, who was pondering whether or not she would, said that the situation is a difficult one because Priddy would want to be a part of the child’s life. As a result, Bontle said that rather than giving up and walking away, she would try to work things out. However, she did confirm that physical or emotional abuse is a deal-breaker.

The Marriage of Bontle Is Mocked
It is impossible to deny that Bontle Modiselle and Priddy Ugly are one of Mzansi’s most desirable couples, and the addition of adorable baby Afrika makes them Mzansi’s most charming family. However, just like any other couple, they have their fair share of haters who interfere in their relationship.

Bontle Moloi reveals why she won’t leave her husband even if he cheats
Candice Modiselle, her sister, has finally had enough of the ongoing harassment and has made the decision to confront the haters head on.

When she was asked about how much she admired her sister Bontle and her brother in law’s marriage, she placed them both on a very high accord. She revealed that the couple is unmoved by the hatred that has been directed toward them and that they are busy securing their bags and raising their daughter, which made her angry because she felt that they had been disrespected and mocked.

“Honestly. For kicks and giggles, the grossest form of unwarranted disrespect. I am impressed by how the noise doesn’t bother them at all. Two people are going about their lives in a carefree manner. They are married and in love, and they are jointly securing bags and raising the most beautiful little girl. I will always be a fan, even after 11 years and counting.

“Here, we honor and cherish young, healthy black love, and we do our best to keep it safe.” Because I have witnessed God’s love made manifest through this family, I will never be able to deny that God exists,” she wrote.