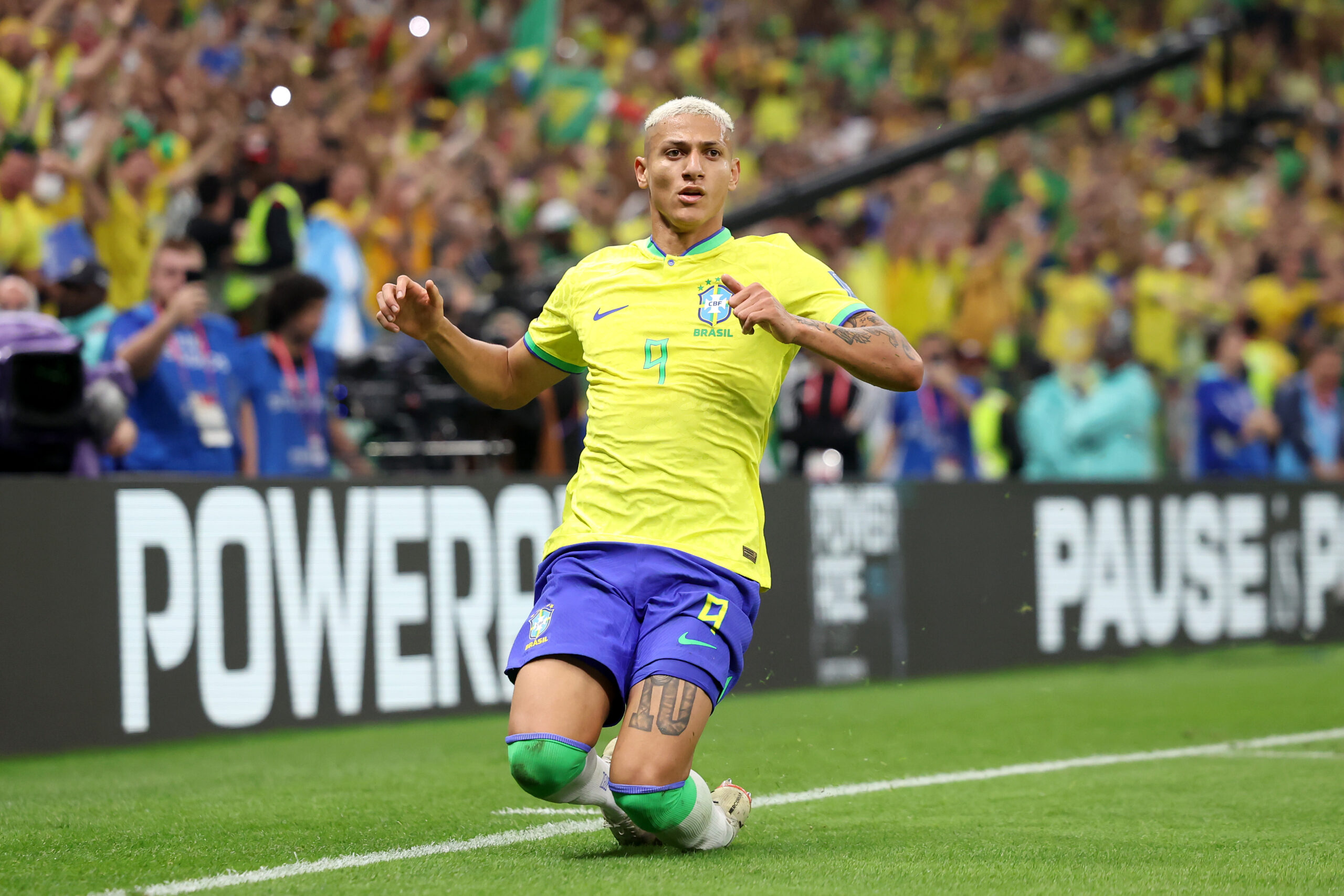 Brazil had to play a patient game to break down an organised Serbia rearguard but forced the breakthrough after 62 minutes when Tottenham striker Richarlison turned home a close-range finish after Vanja Milinkovic-Savic saved Vinicius Junior’s effort.

It was no more than Brazil – backed by the massed ranks of their yellow-clad fans – deserved as they dominated throughout, with Alex Sandro and Casemiro hitting the woodwork and Milinkovic-Savic also saving superbly from Fred.

Brazil’s performance made ominous viewing for their rivals, as did the sight of Gabriel Jesus, Antony and Gabriel Martinelli coming off the bench in a powerful show of squad strength, although there was the worrying sight of Neymar going off after taking a knock.

Brazil arrived in Qatar accompanied by the usual huge weight of expectation that always accompanies the five-time world champions, but if it was a burden they carried it lightly here.

From the scenes of players dancing on the team bus and on their way into the stadium to their performance, Brazil looked right at home and justified the belief of many that they will be the eventual winners.

Brazil were happy to keep probing in the face of outstanding Serbian defence but once they went through the gears after half-time they were irresistible. Serbia, who did not have a shot on target, were already creaking when Richarlison pounced for the first goal and the game was over once he scored that truly exhilarating second.

Brazil could have added more as they tore holes in Serbia’s tiring defence as the game wore on but this was a hugely satisfactory night for coach Tite in so many ways.

Neymar worked hard but was quiet, although he was involved in the build-up to Richarlson’s first, but Vinicius showed how impressive he can be while Casemiro ruled midfield with his usual authority.

This was not an easy game for Brazil against the side ranked 21st in the world but ultimately they were comfortable and deserved winners.

Mzansi embarrassed by Ratsa after he did this to Lionel Messi