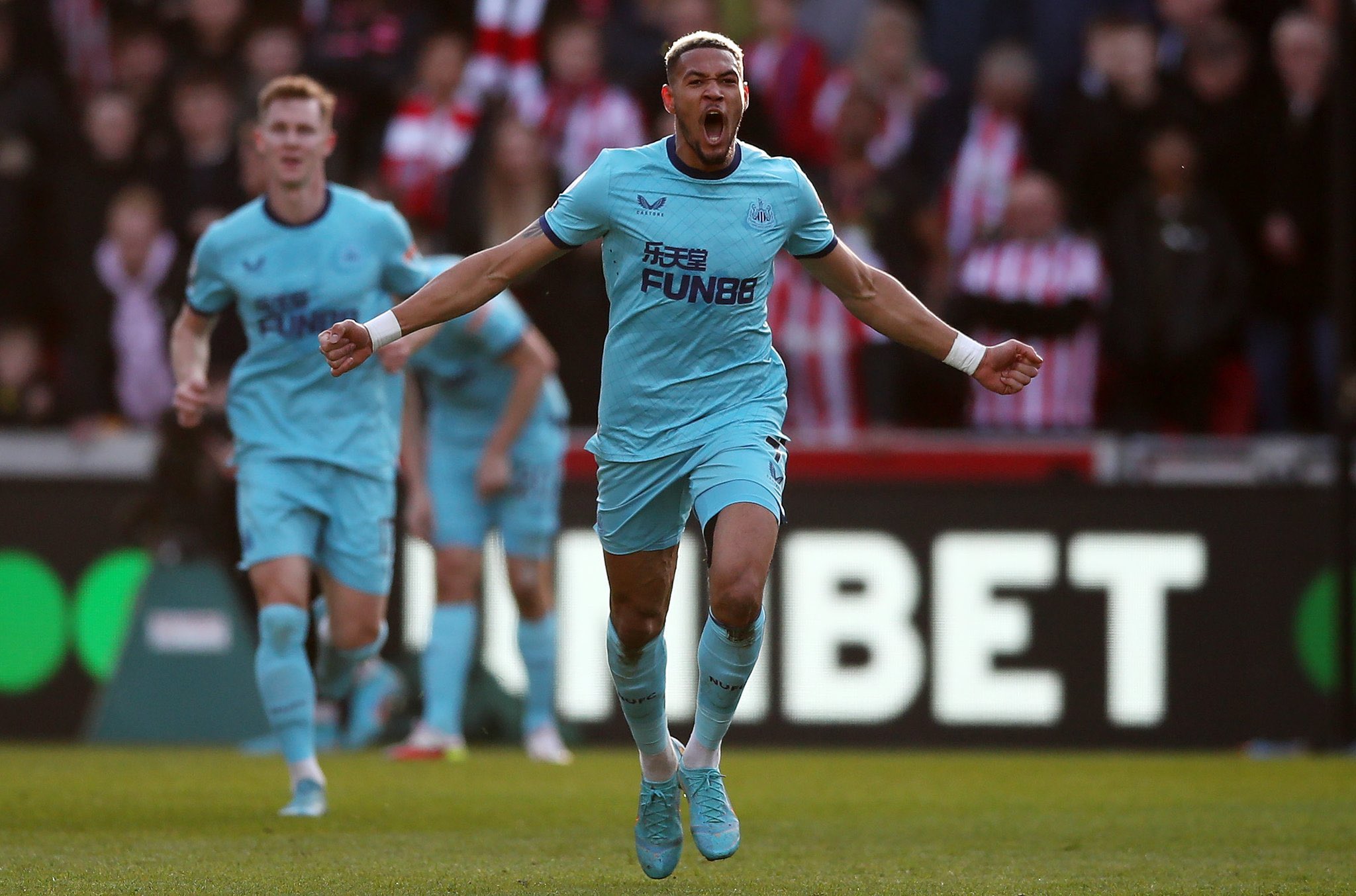 Christian Eriksen made an emotional return to action 259 days after suffering a cardiac arrest but could not prevent Newcastle from easing their relegation fears and increasing Brentford’s with a comfortable win.

Eriksen was given a standing ovation from fans and players on both sides when he emerged as a 52nd-minute substitute, completing a remarkable comeback after he collapsed playing for Denmark against Finland at Euro 2020 in June.

Brentford manager Thomas Frank announced Eriksen would play some part but his introduction came in the toughest of circumstances, with the Bees two goals down and reduced to 10 men after Josh Dasilva’s early red card, confirmed by VAR, for a foul on Matt Targett.

Newcastle took full advantage to secure their fourth win in five games, with Joelinton scoring with a towering header from Ryan Fraser’s cross after 33 minutes and Joe Willock the beneficiary of Fabian Schar’s superb counter seconds before half-time.

Eriksen looked lively, if understandably a little rusty and over-eager, replacing fellow Dane Mathias Jensen, who came on as a substitute for him at Euro 2020.

The Premier League game was effectively over when Eriksen came on but what a wonderful sight it was to see this high-class midfielder playing again and back to full health.

Eddie Howe’s Newcastle United resurgence continues as they made it seven games unbeaten with a thoroughly professional and composed performance to cruise past Brentford.

Dasilva’s rash 11th-minute challenge on Targett presented them with the numerical advantage and they cashed in ruthlessly, with only the excellence of Brentford keeper David Raya preventing a far more emphatic victory margin.

Newcastle took control and never looked like relinquishing it as their growing confidence and quality barely gave Brentford a chance.

And the symbol of the renaissance was Joelinton, who was often derided as a £40m failure early in his Newcastle career but is now flourishing in a deeper role and revelling in his cult hero status with the Toon Army.

He is a player reborn and sent Newcastle on their way with a header from Fraser’s cross, powered low past Raya, who was helpless.

The Brazilian celebrated in flamboyant style, shrugging off his teammates to race the length of the field and celebrate wildly in front of Newcastle’s travelling fans tucked in a corner of the Brentford Community Stadium.

The chant “he’s Brazilian, he only cost £40m” rang out at regular intervals – ironic in that for so long he was regarded as an over-priced piece of business.

Newcastle’s £25m new boy Chris Wood is still struggling and yet to score. He should have stuck with a first-half header but the goals are coming from elsewhere and with Howe’s side now up to 14th in the table, the clouds that were gathering over Tyneside for so much of this season look to be rolling away.

It was all done without three of their most influential performers in Allan Saint-Maximin, Kieran Trippier and Callum Wilson – which all bodes well for Howe and his team.

In the wider context, this was a day about the return of Eriksen and it was a moment of real emotion and joy when he made his entrance early in the second half.

The whole ground rose to welcome the 30-year-old Dane and he was greeted warmly by players from both sides, happy to see this classy player and personality fit and healthy once more and doing what he loves.

He was swiftly into the action and showed some trademark touches, which will be crucial to Brentford’s fight against relegation once he is up to full speed.

And make no mistake, the Bees need him because they are sinking down the table after eight games without a win, looking like a side who have run out of momentum and energy after such a promising start to the season.

Dasilva’s early dismissal was a heavy blow but there was a lack of spark about Brentford’s response. The manner in which they were caught on the break by Schar for Willock’s crucial second smacked of naivety.

Eriksen’s presence prompted a response but Newcastle were never in serious trouble and he must somehow help them rediscover that early season inspiration, otherwise, a campaign that held so much hope will descend even further into a relegation scrap.