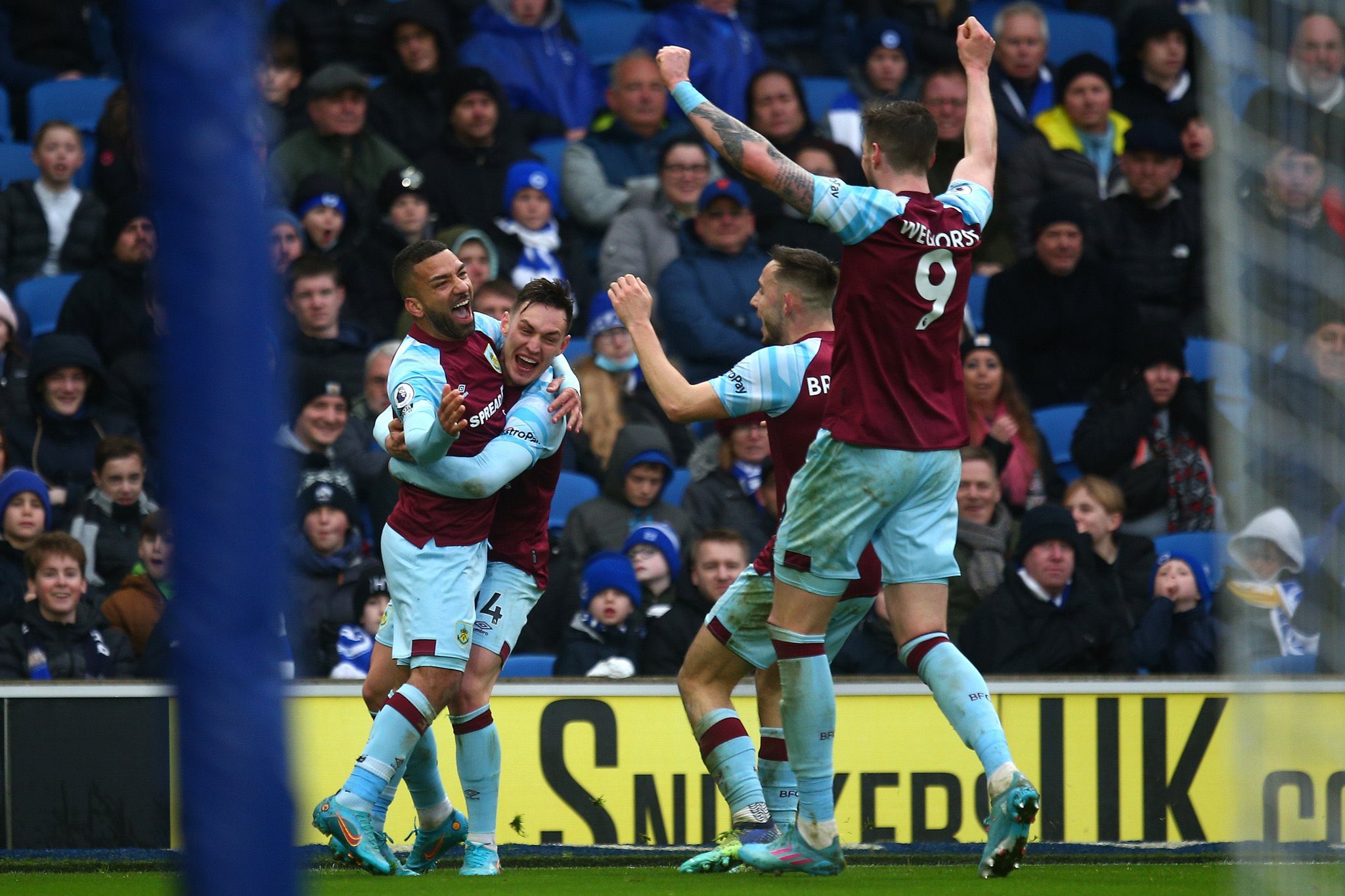 Burnley climbed off the bottom of the Premier League table after beating Brighton at the Amex Stadium for their first away win of the season.

Wout Weghorst opened his account for the Clarets and Josh Brownhill added a second before half-time. Aaron Lennon then made sure just over 20 minutes from time.

Brighton dominated possession but managed only one shot on target, and they were bullied by Dutchman Weghorst at the back, where they were missing the suspended Lewis Dunk and injured Adam Webster.

A fast start almost saw Burnley take the lead when Connor Roberts spotted Robert Sanchez off his line and curled an effort off the bar.

It took until 10 minutes before half-time for Brighton to manage an effort on goal, and Shane Duffy’s strike was held easily by Nick Pope. Adam Lallana headed wide from Tariq Lamptey’s cross moments later.

Weghorst turned provider with the break looming, laying on for Brownhill, whose tame effort was deflected in off Joel Veltman.

The frustration continued for the hosts after the break, Neal Maupay shooting wide from another Lamptey cross.

Soon after, Lennon made it 3-0 after combining with Jay Rodriguez, who came on for the injured Maxwel Cornet, before firing into the top corner to round off a brilliant day for the Clarets.

Sean Dyche’s men are five points behind 17th-placed Newcastle but have two games in hand. Brighton is ninth.

Dutch international Weghorst has made a really positive start to life at Burnley after his January move from Wolfsburg, and he was the difference on the south coast.

Against a weakened Brighton backline, without their first-choice centre-backs, he made a nuisance of himself all afternoon, but everything started with a fine finish for his goal.

His lay-off for Brownhill showed his technical ability as well as his physical presence, and there is now a real chance that a difficult season at Turf Moor may be about to turn.

Injury to his strike partner Cornet was a blow, but he has offered real hope.

Dunk and Webster were badly missed, but Brighton fell into old habits at the other end. They had 69% of the ball but failed to make it count, with Maupay cutting a frustrated figure upfront.

Keeping Lamptey relatively quiet on his return to Brighton’s starting XI was huge for Burnley, but there was a general lack of intensity in Graham Potter’s side’s play from the start. They let Burnley take the early initiative and ultimately paid for it.