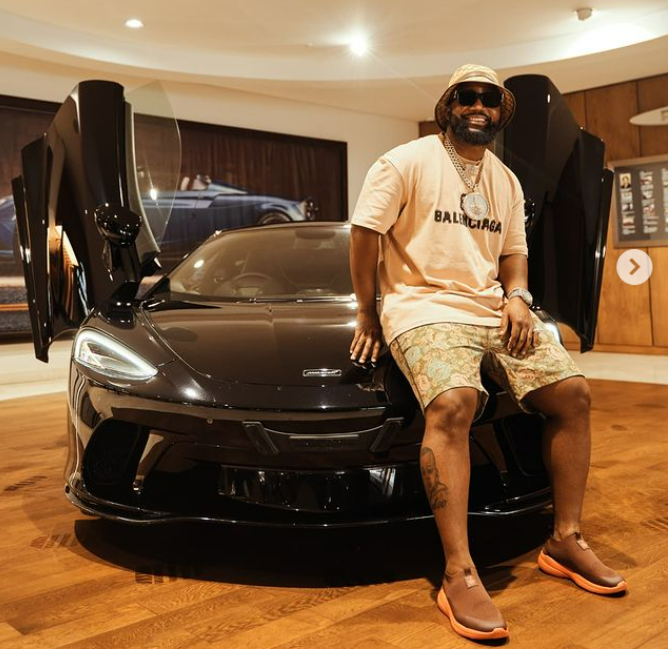 AS 2021 wrapped-up several of Mzansi’s A-Listers were spotted in the Mother City enjoying the good life, living the ultimate “na enjoyment”.

Cape Town made sure to bring out the good weather and the lighting for the snaps was at its peak for those who vacationed in this tourist spot.

Even EFF Commander-in-Chief, Julius Malema, was spotted in Cape Town enjoying the water. The politician was seen on a jet ski, celebrating his 7th anniversary with his wife Mantwa Matlala.

The weather allowed the ladies to flourish in their swimwear, as well. Media personalities Unathi Nkayi and Minnie Dlamini set social media alight with their take on the challenge of the summer, the Nkao Tempela Challenge.

The Nkao Tempela Challenge is the most popular dance challenge in the country right now and the ladies looked good doing it.

The video has been viewed over 100K times on Mrs Jones’ Instagram page.

Even American rapper, Jidenna, was spotted hanging out with Unathi and Minnie.

Artist of the Decade, Cassper Nyovest, almost pulled up to the Mother City and the rapper bought the big boy heat.

For his stay in Cape Town, for the launch of the alcoholic range of Don Billiato, he brought along his new baby, his McLaren, the one in white. Cassper got himself the expensive ride on his birthday in black but later changed it to white.

The rapper had the car waiting for him at the airport.

Cassper shared a video of his arrival in Cape Town and him picking up his sweet ride and beginning his journey in the city.

The video was accompanied by some music and of course it has to be from his catalogue and his latest addition “Summer Love” is the perfect fit.

“Don Billiato just landed in Cape Town. Had my baby waiting for me at the airport. Let’s enjoy the summer and make movies. Happy New year! #BilliatoATasteOfWealth,” he said in his caption.

The Konka Summer Tour kicked off the year in Cape Town at the newest and hottest lifestyle spot, Cabo Beach Club.

Cabo Beach Club is situated where the Shimmy used to be located and the cosmopolitan beach hangout has become a favourite in the city since it opened its doors in November.

Konka is known to host some of Mzansi’s hottest performers and also known for tables filled with expensive bottles of champagne and other alcohol.

The event was hosted by Pearl Thusi and Mihlali Ndamase, with one of the hottest amapiano duos on the decks, Scorpion Kings.

Mihlali per her Instagram Stories, had a lit time as she hung out with fellow YouTuber Lasizwe Dambuza.

Lasizwe shared with his followers ahead of his attendance of him getting ready, which included the moment he went underwear shopping for his g-string for his Uncle Waffles’-inspired outfit.

Cape Town was certainly the place to ring in the New Year.