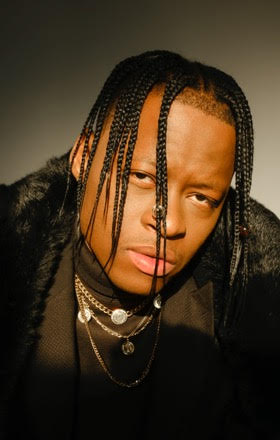 Johannesburg based award-winning music producer Christer has released his debut song Promises with Una Rams. He took to his social media to reveal his singing talent and share news of his first single ahead of the release earlier this week.

Known in the industry for his work on song production with a slew of artists such as Amanda Black, Blxckie, Lady Zamar, Emtee, Samthing Soweto, Una Rams, Sjava and more, Christer is thrilled to dive further into his talents and reveal his vocal ability to music fans across the country.

Promises is an Afro-beat inspired love song that has Una Rams and Christer serenade their love interest with reaffirmations of the commitment in the romance they hold. The upbeat song reassures each subject of never-ending love and shows off Christer’s production talent alongside his vocal ability. The duo keeps the song energized and upbeat with a combination of quick lyrics, a romantic hook and a complimenting tempo that keeps love alive.

“I’m so happy to finally debut more of my talents on this incredible new song with my bro Una Rams. Promises are my dedication to love and being in love, and there’s no better time to celebrate love like right now,” – said Christer on the excitement of debuting his first song. He went on to say, “I had so much fun creating this song with Una Rams; from playing keys on the production to writing and of course singing. I promise everyone will enjoy this side of me.”

Be sure to stream and listen to Promises from Christer and Una Rams on all digital platforms.

Follow Christer on his social media pages for all news and music updates.