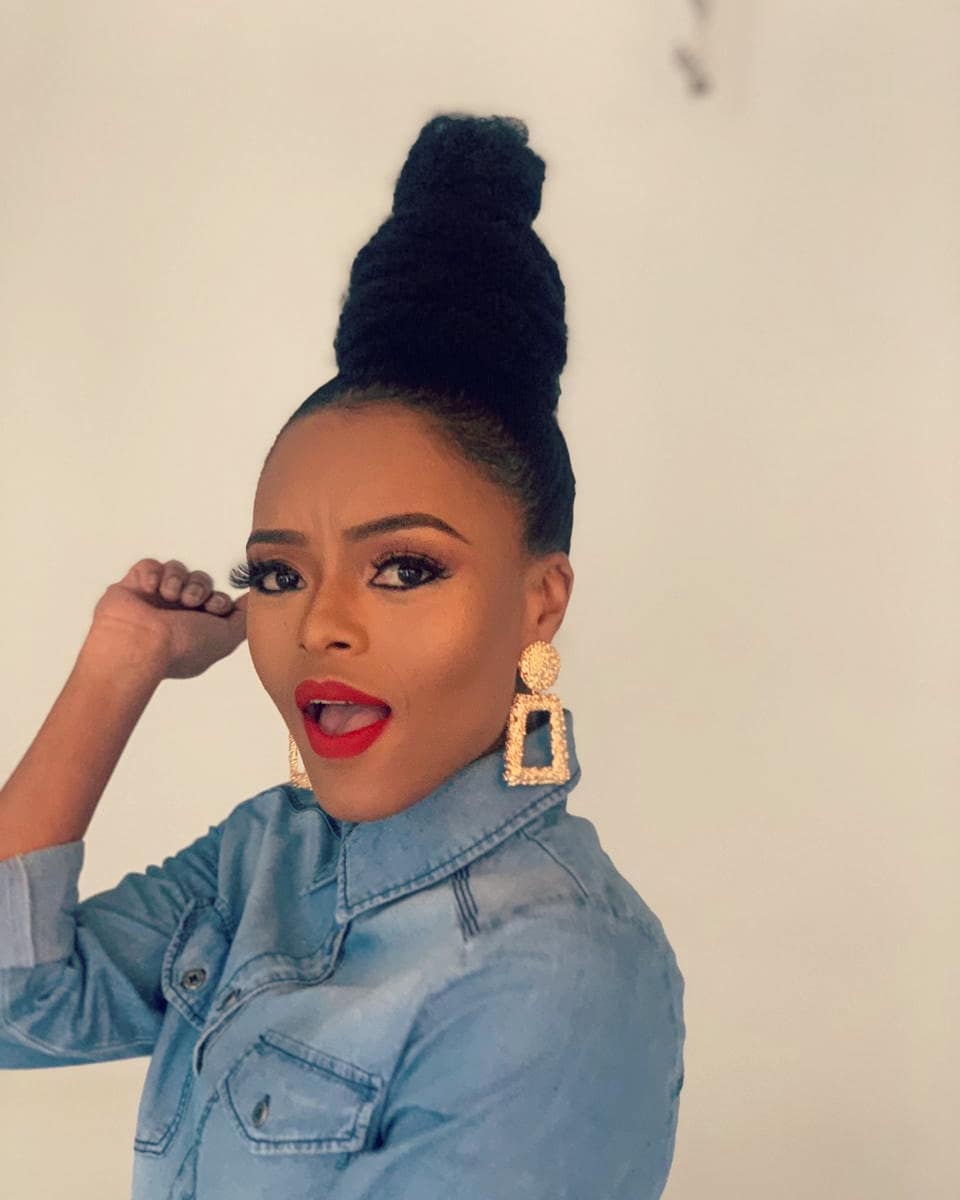 Born in 1986, New Brighton, Port Elizabeth in the Eastern Cape province of South Africa, Khayakazi Kula is a jack of all trades in the acting circles. She can move from playing the role of youth in her teens, and a mature middle-aged woman with relative ease. Making her a flexible actress who can adapt to different roles in a play, should that be needed. This disposition could be tracked from her area of study, public relations and communications at the University of Johannesburg.

Khayakazi’s first TV role was on Mtunzini.com as Tyhileka in 2008 and her first lead was that of Lizeka in Intsika. In 2012 she was cast as Pinky on SABC1 youth drama series Tshisa.

In 2016 she cast as Martha Ndlovu on Mzansi Magic soapie drama The Queen. In 2017 she was cast as Bonnie on e.tv’s telenovela Broken Vows.

She recently triggered anxiety among her fans when she disclosed that she was stopping playing the character ‘Martha’ on Mzansi Magic telenovela The Queen. The role that many of her followers have for years not just attached her, but have attached it to her only.

Being Martha, she became a darling for many for a trait of being a family centred and always willing to help others. This is a temperament Khayakazi in real life shares with Martha.