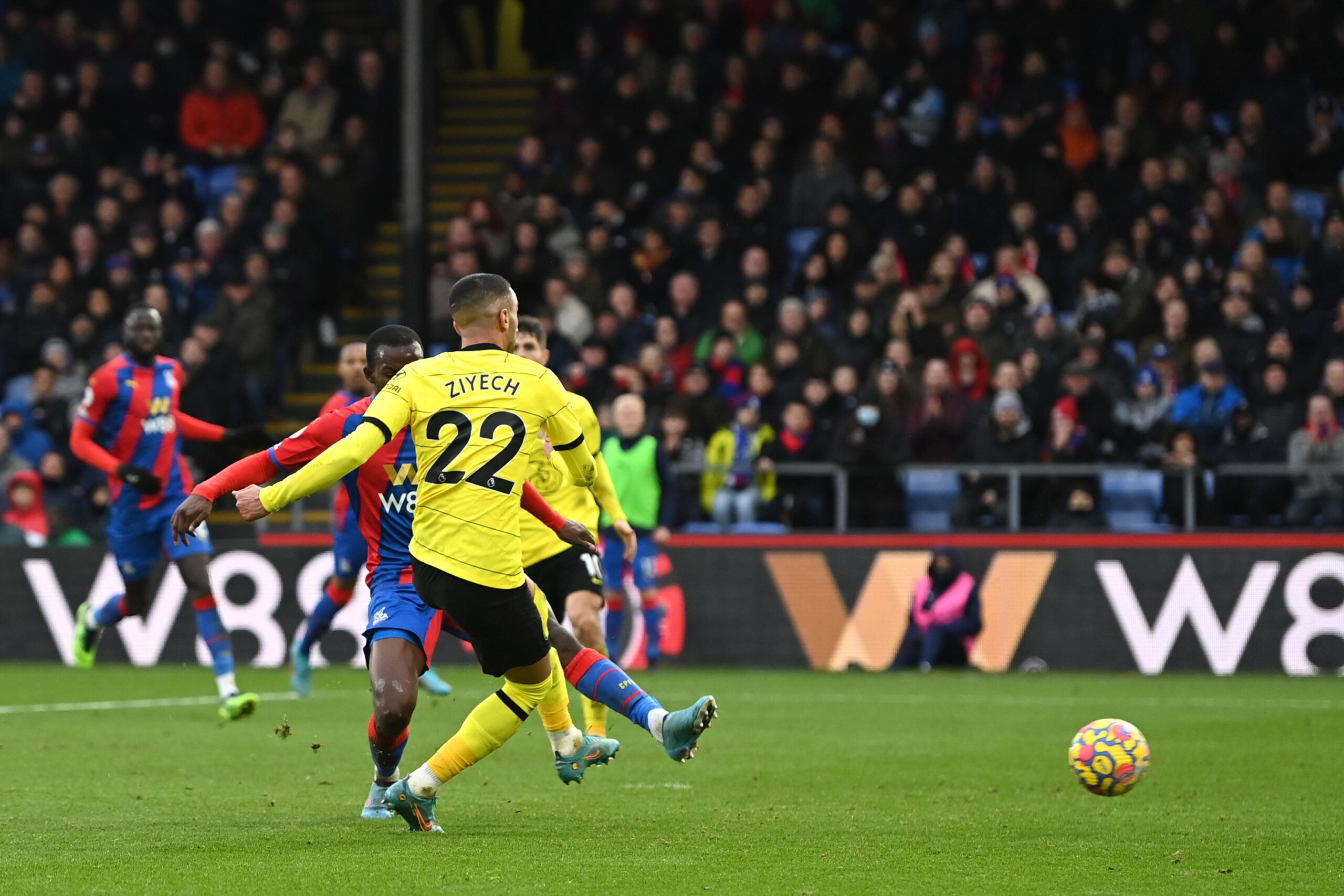 Hakim Ziyech scored a last-minute winner as Chelsea edged past Crystal Palace on their return to Premier League action.

Thomas Tuchel’s side last played in the top flight almost a month ago when they defeated Tottenham, and have had a week’s rest since winning the Club World Cup last Saturday.

It looked like they would be frustrated by their hosts but Ziyech popped up at the back post to stroke in a delightful volley from Marcos Alonso’s cross.

Moroccan Ziyech had converted earlier in the second half when he swept home following Jack Butland’s save, but Romelu Lukaku was adjudged to be offside by VAR.

Vicente Guaita had made good saves in the first half from N’Golo Kante’s effort and Antonio Rudiger’s long-range thunderbolt before the Palace goalkeeper was taken off at half-time because of a knee injury.

The home side, meanwhile, did not have a single shot on target in the entire contest – both Michael Oliseh and Wilfried Zaha failing to work Edouard Mendy from promising positions.

Winners keep going until the very end, a quality illustrated perfectly by reigning world and European champions Chelsea at Selhurst Park as they scored the decisive goal in the 89th minute.

Up until that point, they had been finding it difficult to make inroads against a resolute Palace backline, with striker Lukaku particularly suffering.

Without injured wing-backs Reece James and Ben Chilwell, Tuchel switched from a 5-3-2 to a 4-3-3 formation, but the Belgium international lacked any service and had just seven touches of the ball in the whole game.

Lukaku netted in both games at the Club World Cup but has now netted just once in the past eight games in domestic action and question marks remain about whether he fits into the Chelsea system.

He was involved in the disallowed goal on 75 minutes when a thumping shot was batted out for Ziyech to pounce on, but Lukaku failed to time his run and was caught offside.

His team-mates Kante and Rudiger did force Guaita into action in the first half and substitute Butland thought he was on the way to a clean sheet before Ziyech struck for his third consecutive Premier League game.

In the end, a stubborn display ended up being a disappointing day for Palace boss Patrick Vieira and there will be some concern after his side extended their winless run to six games in the league.

In-form Oliseh should have done better when he screwed wide in the first half and Zaha may be left feeling he could have netted too, but the Ivorian side-footed wide and flashed a shot across goal when searching for the equaliser in injury time.