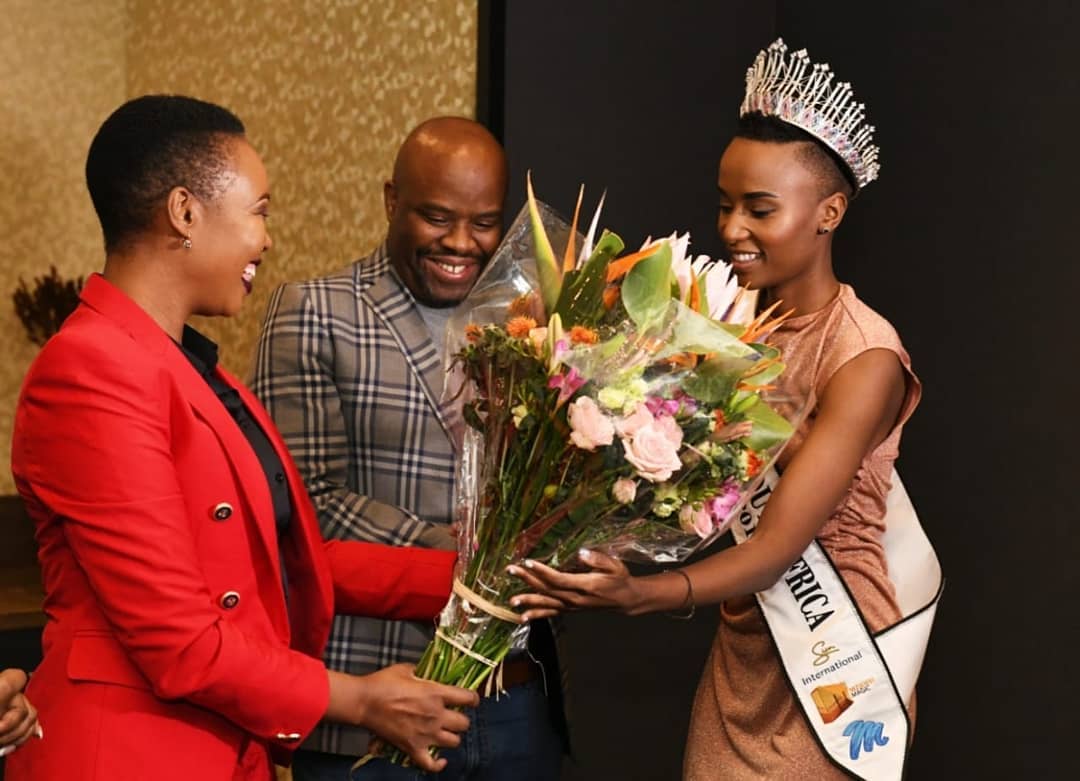 Here sits the crown, beautifully so on my kinky coarse hair. I hope I make South Africa proud,” said Zozibini Tunzi in her first official Instagram post as Miss SA 2019.

Since the 25-year-old from the Eastern Cape won the coveted title on Friday, much has been made about the fact that she wore her hair naturally for the pageant. She’s been praised for doing so by the public and celebrities alike.

“This day finally came! Natural African hair under that Miss SA crown and heading to the world stage. You are breathtaking!” wrote radio presenter Azania Mosaka on Twitter. While singer Lira tweeted,”Ooooh what a beauty! Goosebumps. Our newest #MissSA is rocking her natural hair”.

“I’m happy. I’m emotional. A South African beauty with short natural hair won the #MissSA2019 crown,” said actress Florence Masebe on Instagram. While not all social media users were complimentary about her hairstyle, things started to get heated when it was insinuated that it might have had something to do with her win.

It was pointed out that Tunzi entered Miss SA for the first time in 2017 with flowing faux locks and failed to progress past the semi finals. Yet now, with short natural hair, she clinched the crown.

Several Twitter users disagreed with this theory with one commenting “… you are basically reducing Zozibini’s success to just hair choice. Saying she won because she has short natural hair is bull”.

Another added, “People are annoying hey … her win became about black women’s hair as if she didn’t deserve it … they don’t realise how much they are taking away from her shine.”

As if preempting the fact that her hairstyle would be a major talking point should she win, Tunzi wrote an Instagram post about it a week before the pageant’s grand finale.

“Before going natural I was scared of not being beautiful because of the misconception I had of what beauty is, mainly because beauty was never presented to me as someone who has my kind of hair,” she said. As the new Miss SA she’s helping to change that, and teach the world the same “important lesson” that she learnt.

As Tunzi put it, “I learnt that … women are not one dimensional and therefore you cannot box their beauty. We all come in different shapes, sizes and shades, with natural hair and weaves. Regardless of what we choose, we are all fantastic beasts.