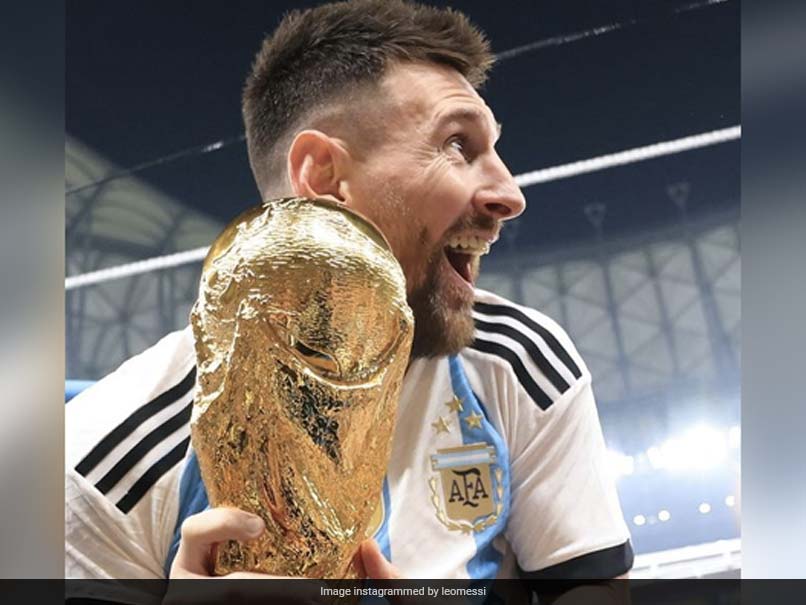 Here is why Argentina is not taking the world cup home. We look at some basic facts about the football World Cup trophy and why the champions are not allowed to keep it (anymore).On Sunday, after a glorious night of football at the Lusail Stadium in Doha, Lionel Messi finally got his chance to lift the Fifa World Cup trophy with Argentina winning in the final against France. It took him more than 16 years after playing his maiden World Cup tournament, and several heartbreaks in between, to land the coveted prize.

But, will Messi and Co. get to take the trophy back home to Argentina? No, is the simple answer.Preparing for UPSC? Use CRACKUPSC20 code here to get an extra 20% discount on Indian Express subscription.We look at some basic facts about the World Cup trophy and why the champions are not allowed to keep it (anymore).

The trophy gets stolen

In 1983, the Jules Rimet Trophy that Brazil took home in 1970 was stolen from a display case at the Brazilian Football Confederation headquarters in Rio de Janeiro. Till date, it has not been recovered and it is widely believed that the trophy was melted down and the gold sold. Only the base of the trophy was discovered and is currently on display at the Fifa World Cup Football museum in Zurich, Switzerland, according to the BBC.

Incidentally, this was the second instance of the trophy being stolen.Earlier, in 1966, ahead of the World Cup hosted by England, it was stolen during a public exhibition in London. However, the trophy was retrieved just seven days later, wrapped in newspaper at the bottom of a suburban garden hedge, by a dog named Pickles.

Since 1974, the champions have been presented with the Fifa World Cup Trophy, which replaced the Jules Rimet Trophy after Brazil took it home. Designed by artist Silvio Gazzaniga and weighing 6.175 kg, the trophy contains 4,927 gm of pure gold.

However, nowadays, the winners receive a gold-plated bronze replica of the trophy and are not allowed to take home the original. This is chiefly due to security concerns, especially considering the two instances of theft in the past. The original is displayed at the Fifa World Football Museum.At the end of each tournament, the winning country’s name gets inscribed on a plate that is attached to the base of the Fifa World Cup Trophy. Ahead of each World Cup, the trophy is taken on a global tour covering several countries. It also makes an appearance at World Cup draws and other official ceremonies.

Mzansi embarrassed by Ratsa after he did this to Lionel Messi