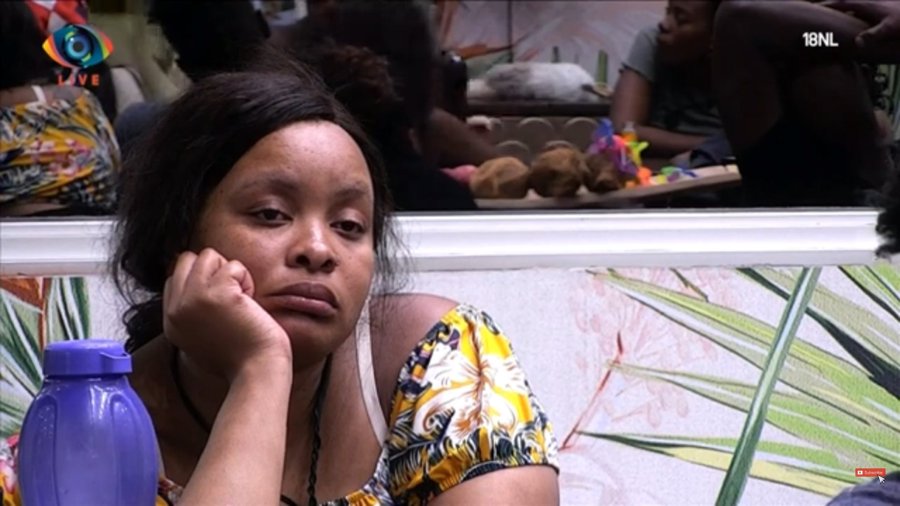 Fashion-loving and bubbly businesswoman is 29-year-old Rethabile. She describes herself as bold ambitious and passionate – she is “loud and proud” and believes “s she can transform people’s moods and lift their spirits when she is around. She enjoys socialising and vibing. She shoots straight from the hip and says she’s constantly evolving and learning.

Apart from partying, she keeps fit by playing hockey. In the House, she says she’s bringing “drama. Hectic drama”. However, she is “not going to cook up drama”. Her mantra is “don’t step on my toes, I won’t step on your toes.”

Her strategy in the House is to study all the Housemates and then align with the right people. She’s going to be nice and kind until she is the last woman standing.

Here are some of the Tweets…

Not Dinky getting all emo 🥺. Sad to see her go 😟 #BBMzansi pic.twitter.com/t18KHaPIe7

Mzansi and #BBMzansi viewers are so fake…..really guys you didn't vote for Dinky? Look who are left…bo Gash1, le bo Norman…🙄🙄🙄 pic.twitter.com/93ceHJBmrh

Dinky was literally top3 of the content creators we had in that house.#BBMzansi pic.twitter.com/vXCDzpbLwK

We are never getting drama #BBMzansi they will think we dont like drama since Dinky is out..Re nyile shem pic.twitter.com/gy47JuhcpE

I'm not sure how I feel about Themba NOW for nominating Dinky kodwa they were close🤞,now we are left with these boring Girls excluding Terry #BBMzansi pic.twitter.com/JZe4TaJYCB

The house without Dinky 😭😭😭#BBMzansi pic.twitter.com/LClcmImVe2

Mzansi Big Brother Fans think the house will be boring without Dinkybliss. Leave your comments below and let us know what you think.

Mvelo is a 28-year-old from Johannesburg and Pietermaritzburg. He is a marketing graduate with a vibrant personality and has worked in media, marketing, and communications. He describes himself as loud, lovable, and a lover of people.

The bubbly and candid Housemate hides a deeper, more complex side behind his infectious humour. A lot of people told him to enter and he did it to get them off his back, but it was only when things started progressing that he realised that this is a great opportunity for him to make a difference. learn more