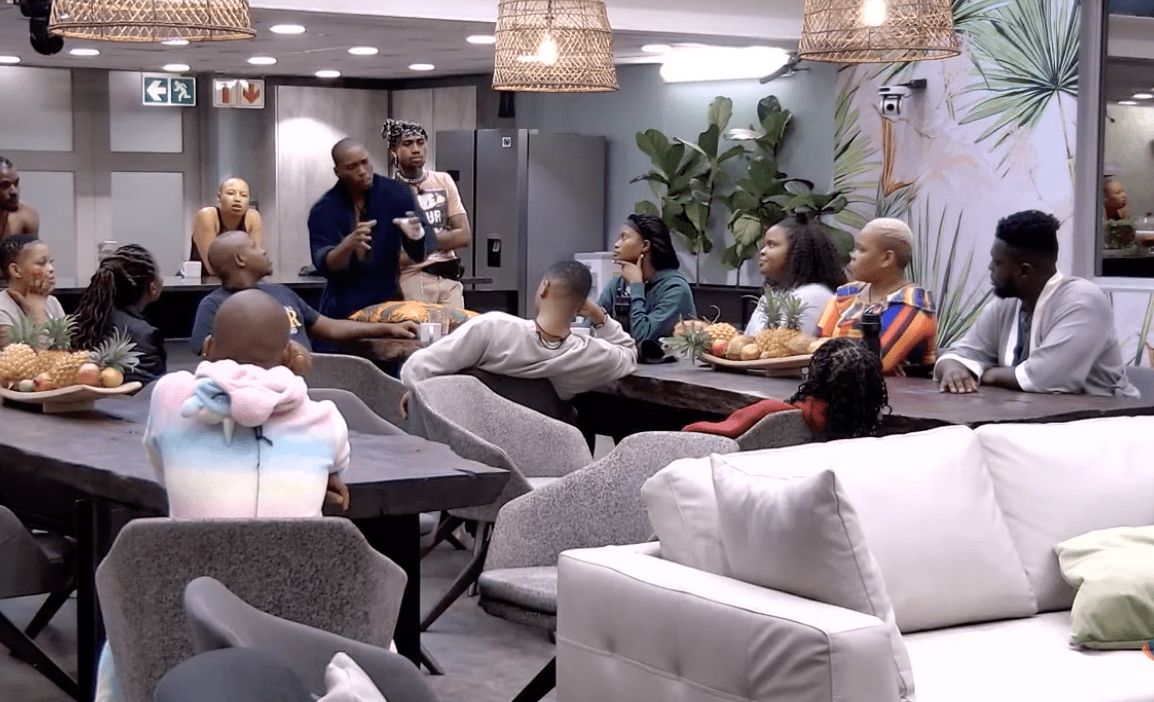 A housemate arrives as the coolest guy on Earth and later reveals that keeping up this very appearance is rather taxing. Another makes a splashy entrance as a fierce superstar glamazon, and later reveals how they have always been a social pariah. We’re living for all this authenticity! Here are a couple of Housemates who later put down their masks and allowed us to see ourselves in them.

The fierceness of it all! During the Live Shows, Sis Tamara’s star quality helped them deliver an unforgettable entrance. They strutted in rocking a chic cape, which billowed into the sky as they debuted a larger than life personality that instantly set social media streets ablaze. Biggie needed more than the beautiful gowns, however. In preparation for the Wager Task, the Housemates were tasked with wearing their hearts on their sleeves. For a couple of days after dealing 100%, they assembled to tell us the truth about who they really are. This is when Sis Tamara dove into their past, revealing how they were rejected by their family and community for their sexual orientation and identity. We now know the fierceness didn’t come sunshine and roses, brutal situations have been endured.

In her introduction, Nale shared how her parents always referred to her as “fine gyal, not a sad gyal”. It’s fitting; the beauty queen has cultivated a successful modelling career. It wasn’t until she revealed her own fair share of heavy burdens that “not a sad gyal” gained a new meaning. Nale is the pillar in her family, working hard to make ends meet and make sure her entire family still has lights on at the end of the day. It’s not the first thing many would expect of a model.

She’s bubbly with an infectious personality. So, many couldn’t have easily predicted that Acacia has endured many afflictions, many of which she disguised with a big smile. Being the life of the party can be a deflection tactic. She’s mastered it. History of sexual assault, losing a close family member to HIV/AIDS, and many other devastating blows later, she’s still standing. And, as she said, laughing the loudest to “make it seem like I’m fine”.

Fresh out the gate, Nale picked up on Mphowabadimo’s calm and zen vibe. “I realised I’m not the calmest girl in the room”, she said. She’s beautiful inside and out. Surely she’s in her blissful element? While she might be getting there, Mphowabadimo’s story shook social media. From hiding the termination of a pregnancy from her mother to the financial struggles in her single mother managed family, to her traumatic initiation to being a sangoma, Mphowabadimo’s story has shown us that there’s always more than meets the eye.

She’s a self-proclaimed baddie. She’s definitely not afraid to express herself and live her life according to her own terms. But Terry’s successful career in the adult entertainment business has made things a bit tricky for her relationship with her mother. She’s misunderstood. She doesn’t want to have a normal job or be palatable by any societal standard. She’s who she is, but that very personality has alienated her from loved ones.

More confessions are definitely coming up as things continue to hit up.