I’m addicted to my smartphone. How can I cut back? 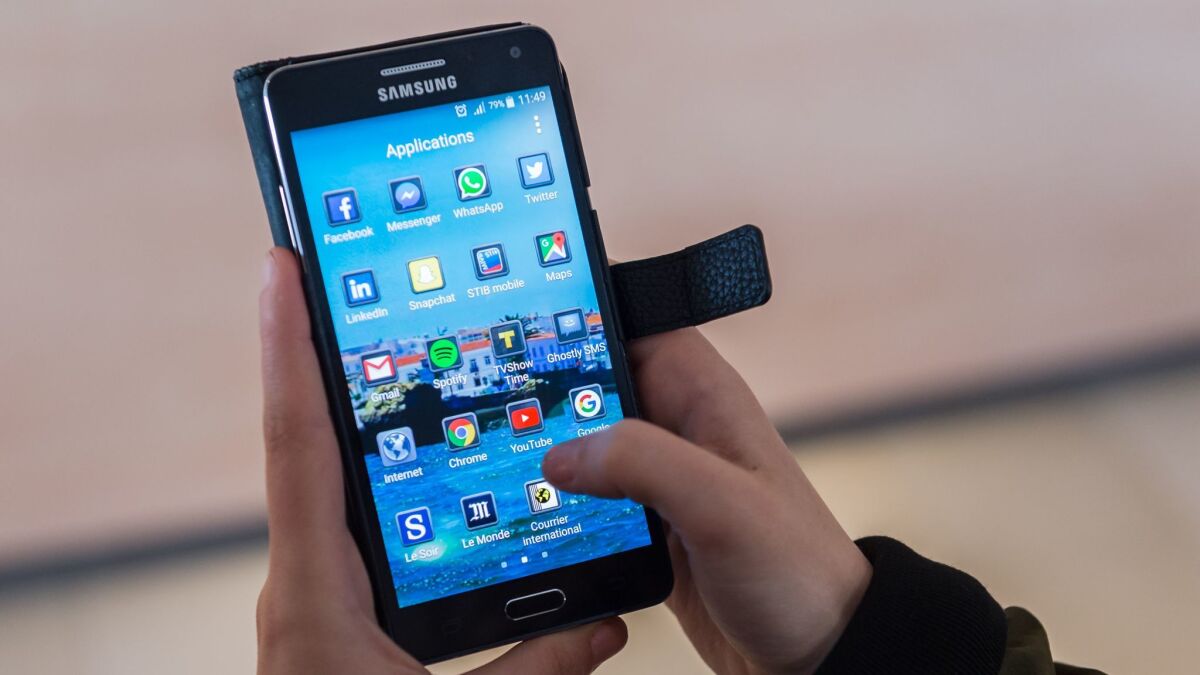 Smartphone overuse can manifest in many ways. Maybe you regularly stay up late scrolling through Instagram or TikTok. Or the allure of your smartphone makes it difficult to be fully present for yourself, your work or those around you.

Q: I have my phone with me at all times and check it hundreds of times a day. Are there any proven ways to treat screen addiction?

A: Our work, social lives and entertainment have become inextricably tied to our devices, and the pandemic has made matters worse. One Pew Research Center survey conducted in April, for instance, found that among the 81 per cent of adults in the United States who used video calls to connect with others since the beginning of the pandemic, 40 per cent said they felt “worn out or fatigued” from those calls, and 33 per cent said they’ve tried to scale back the amount of time they spent on the internet or on their smartphones.

Not all smartphone use is bad, of course. Sometimes, smartphones “make us happier, enrich and connect us to other people,” said Adam Alter, a marketing and psychology professor at New York University’s Stern School of Business. But many people want to cut back, and experts say there are effective ways to do it.

Is it really possible to be addicted to a smartphone?

Smartphone overuse can manifest in many ways. Maybe you regularly stay up late scrolling through Instagram or TikTok. Or the allure of your smartphone makes it difficult to be fully present for yourself, your work or those around you.

Phone or screen overuse isn’t officially recognized as an addiction (or a substance use disorder, as experts call it) in the American Psychiatric Association’s official manual of mental disorders. But “there is a growing number of mental health specialists who recognize that people can get addicted to their smartphones,” said Dr Anna Lembke, an addiction expert and a professor of psychiatry and behavioural sciences at Stanford University.

Dr Lembke noted that addiction is partially defined by the three C’s:

Control: Using a substance or performing a behaviour (like gambling) in ways that would be considered out of control, or more so than intended.

Compulsion: Being intensely mentally preoccupied with and using a substance (or performing a behaviour) automatically, without actively deciding to do so.

Consequences: Continued use in spite of negative social, physical and mental consequences.

Many of us can recognize some of these behaviours in our own phone use.

Dr Alter, on the other hand, doesn’t consider smartphone or screen overuse as a true addiction, and both he and Dr Lembke noted that there is disagreement within the health community about this. “I don’t think it rises to the level of a medical addiction,” Dr Alter said. “To me, it’s more of a cultural malady than anything.”

Regardless of how you define it, both experts say there are ways to reduce your phone use.

One approach Dr Lembke has found to be highly effective in her clinical practice is to completely avoid using all screens, not just phones, for anywhere from a day to a month. This strategy hasn’t been formally studied in screen overuse patients, in particular, she said, but the evidence for its use with other types of addictions, like alcoholism, suggests it can be effective.

How long you decide to fast will depend on your level of use, Dr Lembke said. The average person might start with a 24-hour fast, for example, while someone with a more severe case of screen overuse may want to avoid screens for longer. Of course, a true fast may not be practical for many people, whether because of work or personal reasons, but the goal is to get as close to full avoidance as possible.

Dr Lembke warned that many people — even those with milder screen overuse — may notice withdrawal symptoms initially, like irritability or insomnia, but that over time they’ll start feeling better. In her 25 years of seeing patients, Dr Lembke has noticed that by the end of a one-month fast, the majority of her patients usually “report less anxiety, less depression, sleeping better, more energy, getting more done, as well as being able to look back and see in a more clear-eyed way exactly how their screen use was affecting their lives,” she said. Those who fast for less than a month will still see benefits, she said, though they likely won’t be as dramatic.

After abstaining from screens for a period, she recommended reflecting on how you want your relationship with your devices to look like going forward.

Set rules around your daily smartphone use

Besides a screen fast, Dr Lembke and Dr Alter recommended finding other, less stringent, ways to distance yourself from your phone each day. That might mean allotting times of the day or days of the week when you don’t use your phone at all, such as before and after work. It may also mean leaving your phone in the other room, keeping it out of your bedroom or putting everyone’s phone in a box outside of the kitchen during dinnertime.

You can also make your phone less visually engaging, by changing the screen to grayscale or turning off notifications, for example. Dr Alter suggested periodically rearranging the apps on your phone so that they become harder to find and less likely to lure you into a mindless loop of checking and rechecking simply out of habit.

Both experts advised deleting certain types of apps — especially the ones you know that you have a hard time avoiding (or if you don’t want to delete those apps, you can move them to the last screen on your phone to make them less accessible).

“The big question to ask yourself with screens is: ‘What else could I be doing right now? Is there something I could be doing that would be better for me?’” Dr Alter said. “That’s important now more than ever because of how much time we’ve been forced to spend on screens during the pandemic.”