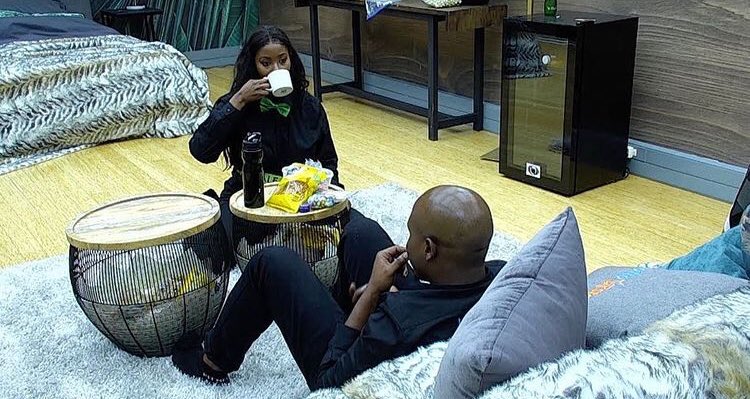 Tulz Confessed His Strong Feelings To Fellow Housemate Nale. The two were chilling outside in the dark and then Tulz said that he was uncomfortable being with Nale in the dark alone yet he loves to keep the boundaries between.

“I don’t want to chill with you alone in the dark because I’m attracted to you, ”Tulz said.

In reply, Nale said “I will give you the room” as she tried to stand up and leave but Tulz interrupted her saying “I don’t want to feel like I’m kicking you out”.

Nale said she didn’t feel like she was kicked out but rather she interpreted it as a way of keeping a boundary adding that it’s the correct thing to do.

“I don’t feel like You’re kicking out, I feel like you’re setting a boundary and that’s exactly how it should be, the healthiest relationships are with people who have boundaries,” She said.

She advised him to invite all his crushes next time if he happens to be the HoH.

The Housemates have been getting along, sharing stories, fixing each other’s hair, role-playing, and dancing with each other. The music in the House has set the tone for the Saturday Night Party.

The morning kicked off with some of the Housemates in the kitchen dancing and singing some old-school House music jams. This sparked interesting conversations around some of their favourite musicians and Casper Nyovest was featured on this list and he was cited as a great entertainer. learn more