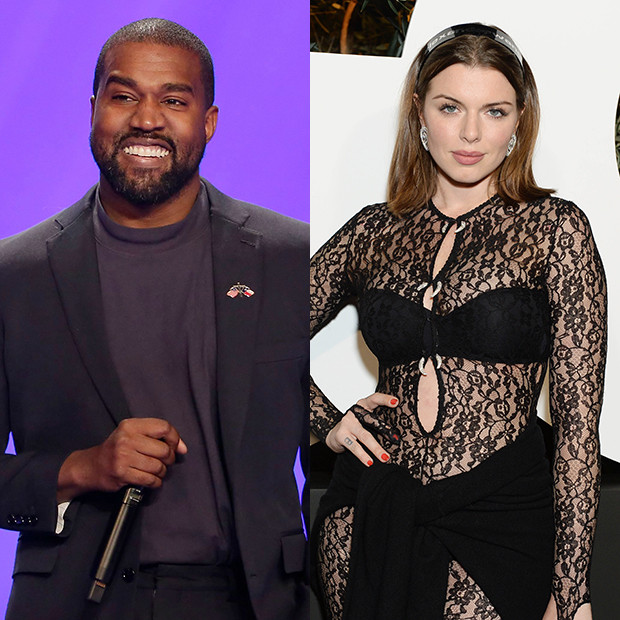 Kanye West might be continually pining for his estranged wife back, but it seems he is also enjoying life while his marriage is in limbo.

On Saturday (Dec. 1), the billionaire rapper was spotted with two women at a hotel in Miami, according to photos obtained by DailyMail. The photos were captured from a distance. One shows Kanye and a woman on a hotel balcony. Kanye and the crop top-wearing woman stand a few feet apart. Kanye appears to be checking his phone while the unknown woman stares off into the distance. More photos show another woman who is wearing an open blouse emerging from the hotel room and standing out on the balcony.

The photos were taken only hours before Kanye reportedly went on a date with actress Julia Fox at Carbone restaurant in Miami on Saturday night, though sources say there’s currently nothing serious going on between the two entertainers. This Miami romp comes on the heels of Kanye spending time in Belize and Houston where he reportedly partied with Instagram model Yasmine Lopez.

While Kanye seems to be enjoying the single life, he has shown clear signs that he still wants to get back with his estranged wife, Kim Kardashian. Besides openly calling for her return like he did at the Free Larry Hoover Benefit Concert, Kanye seems to be trying to stay as close to her as possible. Kanye recently purchased a mansion directly across the street from Kim’s current home, paying way more than market value. Kanye doesn’t even intend on staying in the current rendition of the home and has plans to knock it down and build a new one.