Kylie Jenner Gives Birth to Baby No. 2 With Travis Scott

Feb 8, 2022 Keeping Up With the Kardashians, Kylie Jenner, Travis Scott 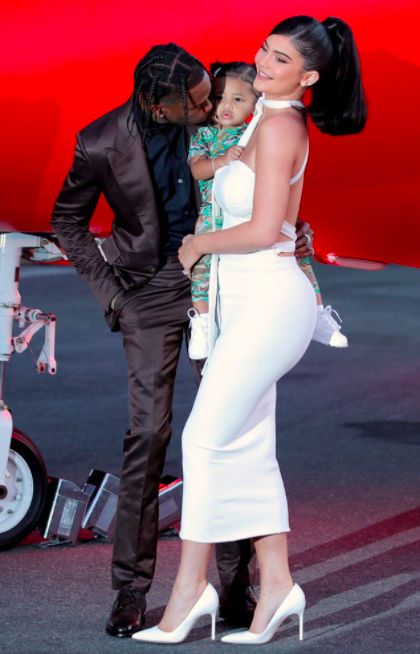 The Keeping Up With the Kardashians alum welcomed her second child with Travis Scott and shared the exciting news on Instagram on Sunday, Feb. 6.

Kylie wrote, “2/2/22” alongside a black-and-white photo of the pair’s daughter Stormi Webster holding the newborn’s hand. The proud mom did not reveal the baby’s name but did include a blue heart emoji and E! News has confirmed that she gave birth to a baby boy.

The family’s new bundle of joy was born a day after Stormi’s birthday. She turned 4 on Feb. 1.

Kylie, 24, first confirmed her pregnancy in early September, weeks after multiple sources told E! News that the makeup mogul was expecting again. In a 90-second video montage shared to her Instagram, Kylie was seen holding a positive pregnancy test before Travis, 30, hugged her stomach.

The sweet clip also showed Kylie and Travis at an OBGYN appointment, as well as Stormi adorably handing her Lovey, Kris Jenner, an envelope containing a sonogram to share the baby news.

Since then, the family has been busy preparing for the arrival of their newest addition. In December, a source close to Kylie said that the reality star has been “nesting until the baby comes.”

“She loves being at home and has been getting the nursery ready,” the insider said, adding that Stormi “talks about the baby all day long.”

As for Travis, the source said the rapper “has been very supportive” of Kylie during her pregnancy. As the insider puts it, “They have definitely been inseparable and leaning on each other.”

It’s been a long journey to Baby No. 2 for Kylie and Travis. The couple started dating in 2017 but split two years after welcoming their first child together. However, as they continued to co-parent Stormi, the pair began to rekindle their romance.

Another source in February 2021 said “Kylie and Travis are still madly in love” and by June, the two appeared to be fully back on as they walked the red carpet with their 3-year-old daughter at the 2021 Parsons Benefit.

“They picked up right where they left off,” a third insider shared with E! News over the summer. “Neither of them has been interested in anyone else over the last year and really love being a family unit together.”