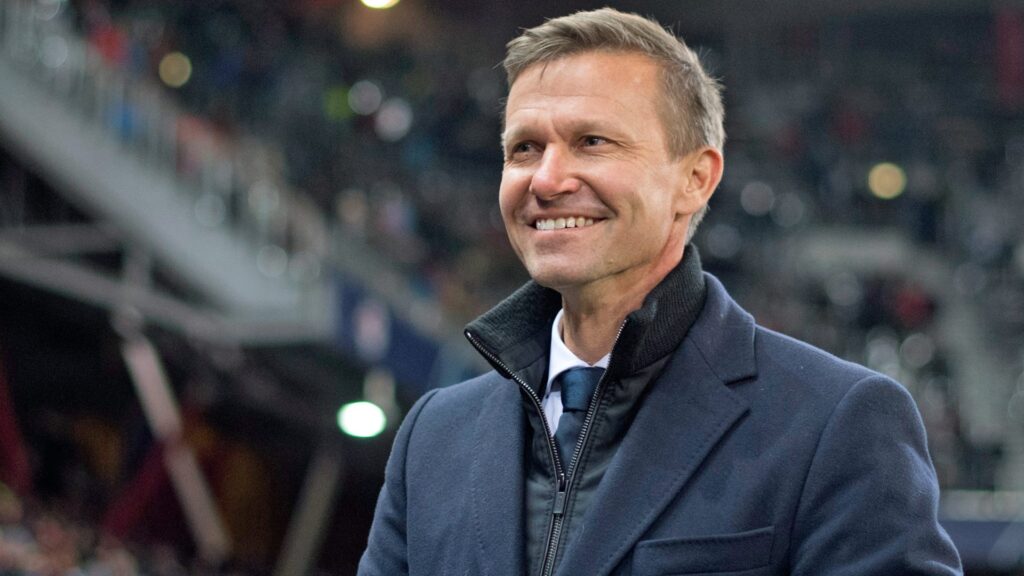 The 48-year-old has signed a deal at the Elland Road club until June 2025.

The American will succeed Argentine coach Marcelo Bielsa, who was sacked on Sunday, once a work permit is finalised.

Leeds sit 16th in the Premier League table, two points above the relegation zone, after a run of heavy defeats.

“It’s something I’m really excited about,” Marsch said. “I know what a big club Leeds is, I know ex-players who have played here and I’ve watched this club from afar for many years and I’m really honoured and excited to be here.”

He added: “How [Bielsa] has helped transform Leeds United into a Premier League team is pretty amazing.

“For me, I just want to help take the torch to the next phase. Everything that has been done has laid an incredible foundation and, coming in at this moment, I want to do everything I can to take the club into the next stage of our history.”

Leeds United director of football Victor Orta said: “We are delighted to welcome Jesse to the club and excited for him to lead us into this new chapter.

“Jesse is someone we identified a number of years ago during his time at Red Bull Salzburg and we believe his philosophy and style of football aligns with that of the club and will suit the players very well.

“We have a long-term plan and firmly believe he can take Leeds United to the next level and are excited for what the future holds.”

He enjoyed a successful spell in Salzburg winning a league and cup double in his first season.

He was also part of the development of striker Erling Braut Haaland before the Norway striker joined Borussia Dortmund in 2019.

He then returned to Leipzig in April last year, this time as head coach when he took over from Julian Nagelsmann who left to manage Bayern Munich.

Marsch, who had been linked with the managerial vacancy at Celtic in the past, completed his Uefa Pro Licence in Scotland.

Leeds United chief executive Angus Kinnear added: “We are really pleased to have quickly secured the services of our first-choice head coach.

“Whilst the short-term objective for Jesse is obvious, we believe he has the courage and ambition to build on the strong foundations we have created over the last four years and elevate the performance of the club over the long-term.

“He had a great deal of success with New York Red Bulls and Red Bull Salzburg and has demonstrated during our many meetings that he is a great fit with the footballing culture of Leeds United.”