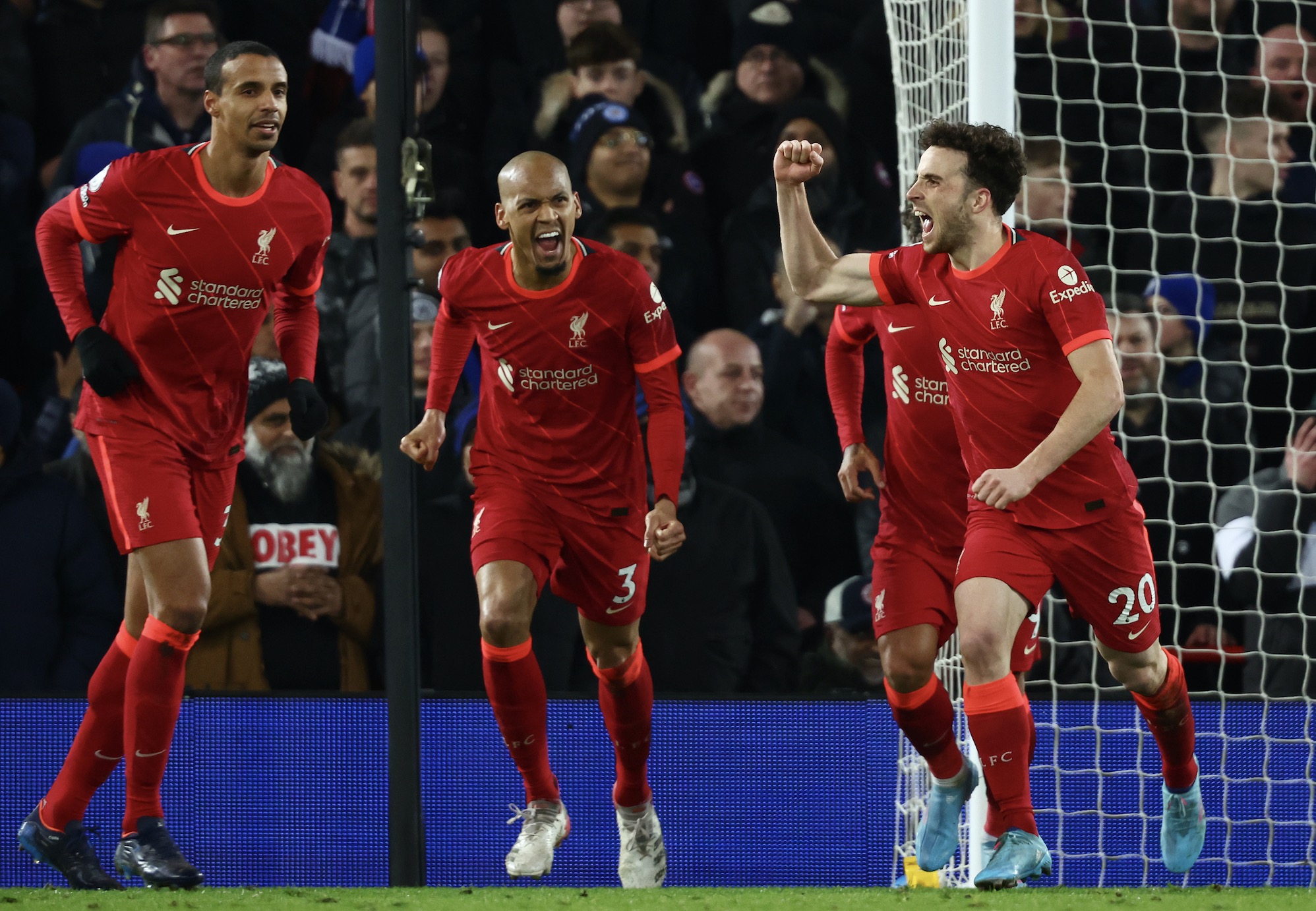 Diogo Jota scored twice as Liverpool cut their deficit to Premier League leaders Manchester City to nine points with a dominant performance against Leicester at Anfield.

Jurgen Klopp’s side had a host of chances and reliable Portuguese forward Jota netted in each half, pouncing on Kasper Schmeichel’s parry from Virgil van Dijk’s header for the first, before stroking a second late on.

The Reds still have a game in hand on champions City and another commanding display suggests the title race may not yet be a foregone conclusion.

Foxes goalkeeper Schmeichel was in inspired form and made crucial saves to twice deny Roberto Firmino and Luis Diaz on his full debut.

Mohamed Salah came off the bench in the second half after returning from Africa Cup of Nations duty and he too was unable to find a way past Schmeichel. When he did, a sublime curling strike rattled the crossbar.

Leicester will rue the missed opportunity from James Maddison at 0-0 as the Englishman found space down the left edge of the area but his rising shot was pushed over the bar by Alisson.

Leicester’s poor season sees them stay in 12th place in the table, 10 points adrift of a Europa Conference League spot.

Liverpool’s season was going to be derailed once Salah and Sadio Mane went off to the Africa Cup of Nations – well that was the theory anyway. But it has not materialised that way.

Klopp’s side is growing in confidence and swatted aside Leicester with ease to stretch their run to just one defeat in their last 19 games in all competitions – ironically a loss at the Foxes on 28 December.

In reaching the Carabao Cup final, still in both the Champions League and FA Cup, and sitting second in the top flight, Liverpool remain in contention for an unprecedented quadruple of trophies.

And the options available to Klopp now mean an already fearsome attacking line is further bolstered by the arrival of Diaz, who was making his first start for the club.

The former Porto man showed good touches in the final third and was unfortunate not to get on the scoresheet in front of the Kop, seeing a swerving shot and close-range drive batted out by Schmeichel.

If the Colombian needs any inspiration from a new signing at Liverpool, he needs to look no further than Jota, who has now scored 17 goals in all competitions this season.

Arriving from Wolves for a hefty £45m at the start of last season, Jota’s goalscoring performances are not only highlighting the depth of the team but giving Klopp a good headache of who to select in the front three.

Salah was on the bench this time after his run to the Afcon final with Egypt, beaten by team-mate Mane’s Senegal on penalties, and introduced in the second half.

On another day he might have had a hat-trick, but a shot at the near post and a one-on-one effort was kept out by the impressive Schmeichel, as well as hitting the woodwork with another classy attempt.

Leicester is enduring a difficult season and was humiliated by Midlands rivals Nottingham Forest on Sunday, as the holders were knocked out of the FA Cup with a 4-1 loss.

After that game, a furious Brendan Rodgers described the performance as “awful” and one that left him “embarrassed”, and suggested “time could be up” for some players in the squad.