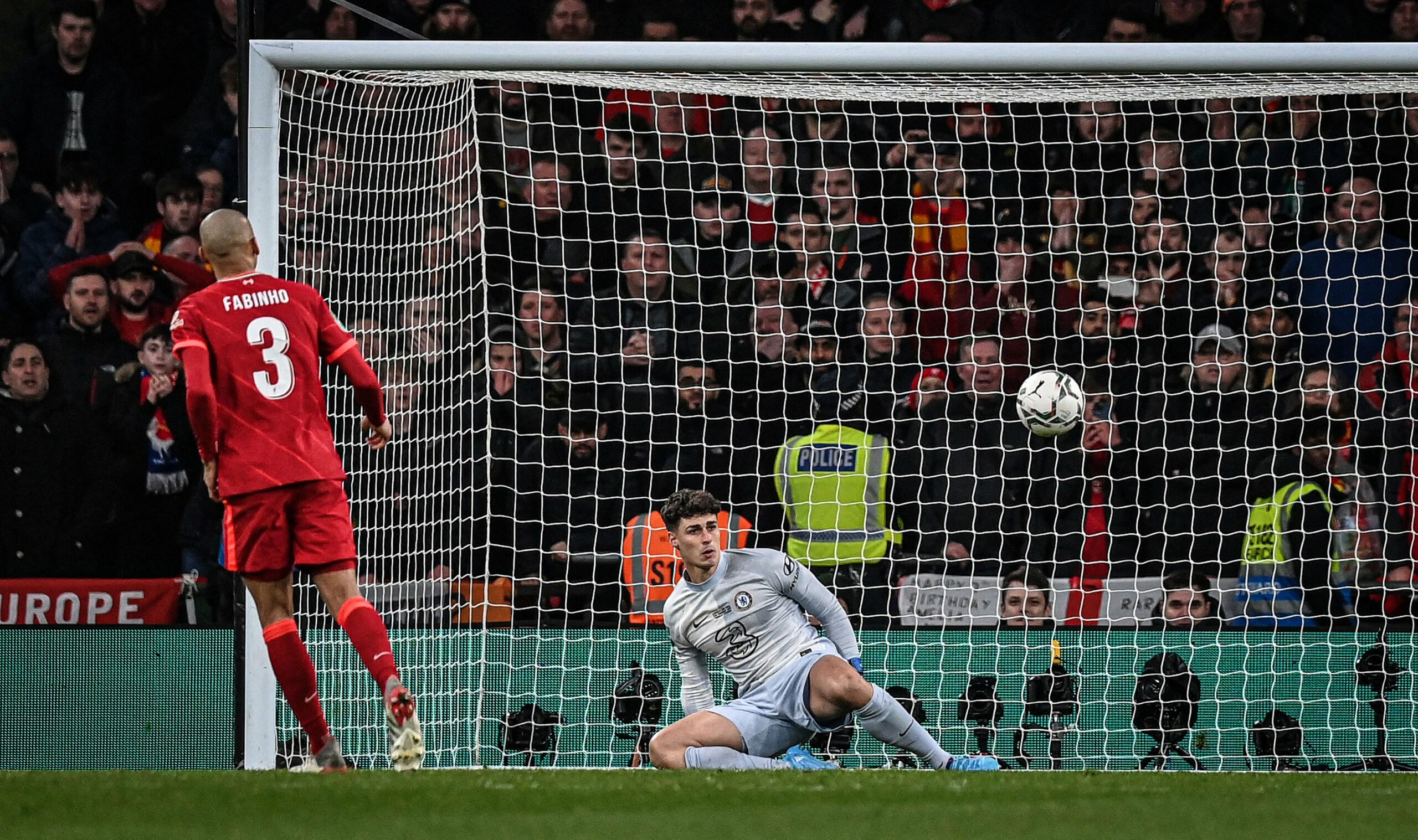 Liverpool has won the first domestic silverware of 2022, triumphing in the Carabao Cup final on penalties after a pulsating match at Wembley.

In a game of four disallowed goals for offside, it was remarkable that neither Liverpool nor Chelsea could score a winner after 120 minutes of football, but several missed chances and some fantastic goalkeeping from both sides kept the match goalless.

All 11 Liverpool players scored their penalties, including goalkeeper Caoimhin Kelleher, before Kepa Arrizabalaga skied his spot-kick over the bar to hand Liverpool the trophy. Arrizabalaga was a surprise omission from Chelsea’s starting XI but was brought on in the final minute of extra time for Édouard Mendy. It was a move that backfired for Thomas Tuchel.

Chelsea had started the stronger of the two sides and had a golden chance to take the lead when Christian Pulisic beat the offside trap but the American could only put his shot straight at Kelleher.

Arguably the best chance of the first half, though, fell to Sadio Mané, who was denied by his Senegalese teammate Édouard Mendy – surprisingly picked over Chelsea’s usual cup goalkeeper Kepa Arrizabalaga. Mendy got down to his right to repel a Naby Keïta shot and got to his feet to deny Mané on the rebound. It was a sensational stop, deflecting the ball over the bar.

Mount had a great chance to punish Liverpool just before half-time but volleyed horribly wide after a quick Chelsea counterattack.

Chelsea started the second half in a similar fashion, and Mount was again wasteful, sidefooting a shot onto Kelleher’s left post when he was put clean through on goal by a lofted Pulisic pass. Chelsea manager Tuchel beat the ground in frustration on the sidelines.

Liverpool continued to dominate possession but lacked a cutting edge and a further chance fell to Mount just before the hour mark, with the Englishman shot straight at Kelleher, who was able to gather at the second attempt.

The Reds grew into the second half though and thought they had broken the deadlock when Joël Matip finished a clever training ground set-piece, nodding into the roof of the net after Mané had sent his own header across the six-yard box. However, the goal was ruled out for offside, with Virgil van Dijk in an offside position when he blocked Reece James as the free-kick came into the box.

Chelsea was struggling to cope with Liverpool, with Mendy again doing well to deny new Liverpool signing Luis Díaz at his near post, but brought on Romelu Lukaku and Timo Werner on 73 minutes and had a goal of their own chalked off. Werner was released by Mateo Kovacic down the left and the German crossed for compatriot Kai Havertz, whose header just crept over the goal-line. Werner, though, was ruled offside in the build-up.

With five minutes remaining of the 90 minutes, Chelsea survived an almighty goalmouth scramble, as several Blues players threw themselves in front of the ball. Going into injury-time, Mendy was again Chelsea’s hero to palm a goalbound Van Dijk header away from danger.

Chelsea could have nicked it in the final minute of normal time, but Kelleher took the game to extra time after a smart save with his feet from Lukuku’s close-range effort.

Lukaku thought he had scored the winner in extra time, latching onto Trevoh Chalobah through ball, and finishing past Kelleher, but Chelsea’s No 9 was again judged to be a few inches offside as he mistimed his run.

The pattern was repeated in the second half of extra time, with Kai Havertz finding space inside Liverpool box and shooting neatly past Kelleher, only to see the flag raised again for offside. Tuchel sprinted down the touchline in celebration, only to realise another goal had been disallowed.

Neither team were able to find a winner before the shootout. Chelsea brought on Arrizabalaga as a substitute just before the end of extra time, but the Spaniard failed to save any of the 11 penalties he faced and launched his spot-kick over the bar to gift Liverpool the victory.