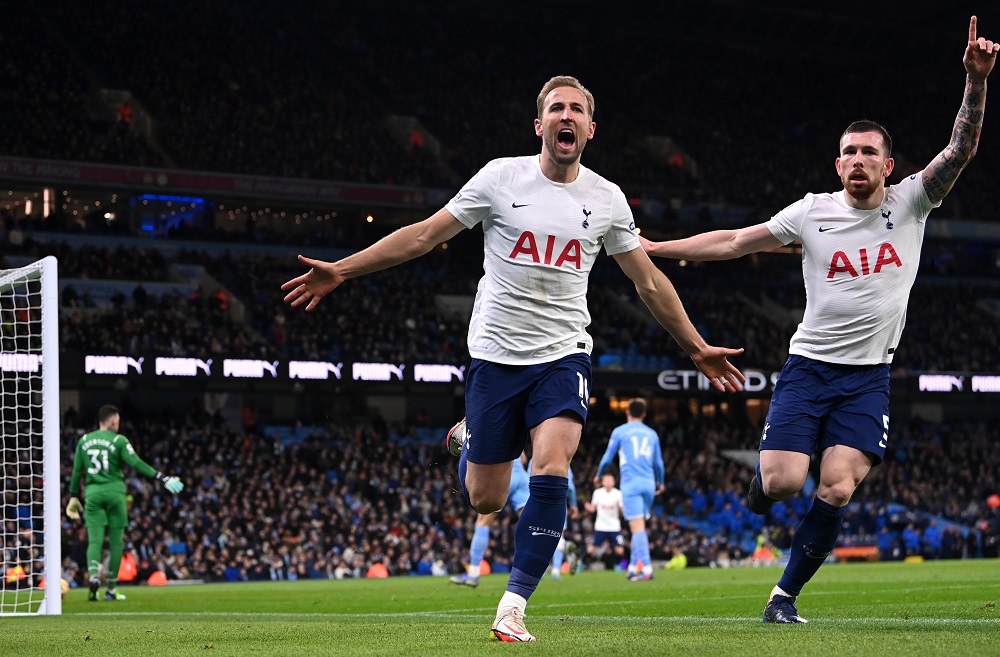 Tottenham have done it! Man City’s 15-game unbeaten run comes to an end in a dramatic fashion.

Man City came from behind twice to ultimately lose to the player they were so desperate to sign last August.

Man City’s lead over Liverpool will remain at just six points, with the two teams still to play and the Merseyside club with a game in hand.

Tottenham’s campaign for a fourth-place finish is very much alive.

Antonio Conte faces perhaps the most difficult task of his time at Spurs tonight as he bids to avoid losing his fourth Premier League game in a row.

A trip to champions and league leaders in Manchester City is surely the most daunting possible journey, particularly considering the defensive problems Tottenham have endured of late.

Still, Conte does have Eric Dier available once more and has talked up an exciting partnership between the England international and Cristian Romero.

For City, their demolition of Sporting CP in the Champions League was not quite enough for Pep Guardiola, who went as far as to suggest that some of his players underperformed despite the 5-0 victory in Portugal.