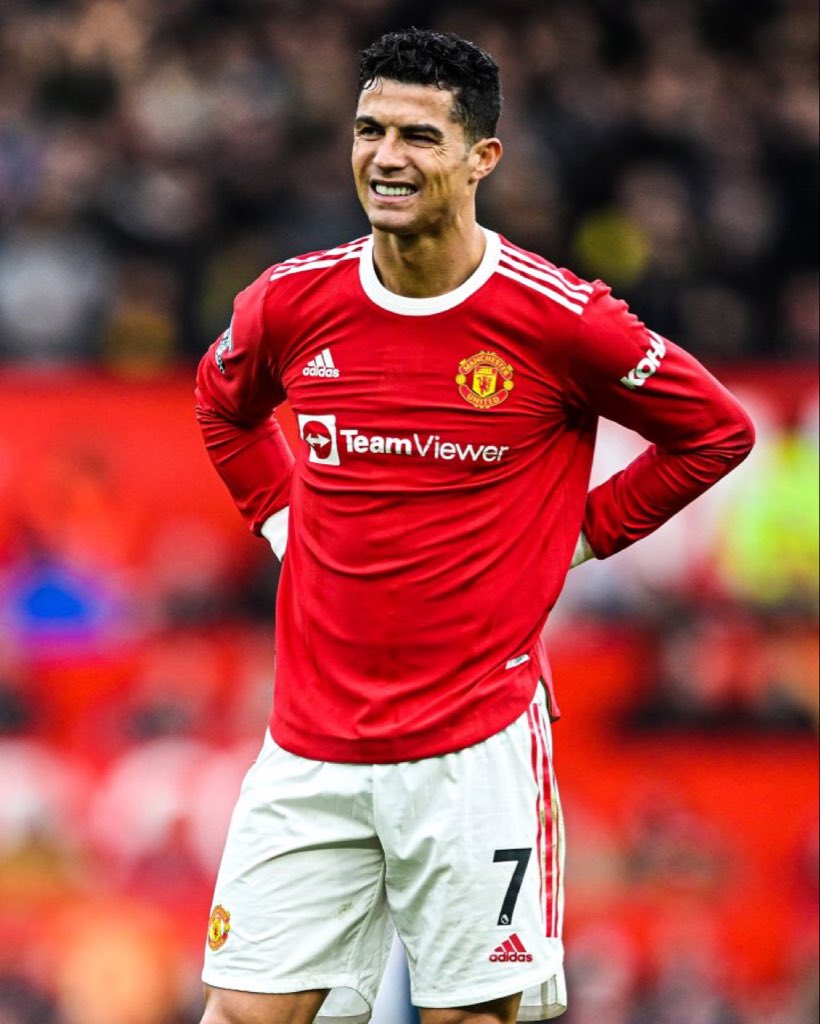 Manchester United dropped two more points in their quest for a Champions League place as they were held at home by relegation-threatened Watford.

And the Red Devils left the field to boos after the goalless draw, despite dominating at Old Trafford.

United had 22 shots against Roy Hodgson’s side but the only time they found the net, Cristiano Ronaldo was offside.

Elanga also failed to provide the finish to a flowing move, while Bruno Fernandes was unable to capitalise on two excellent first-half opportunities.

Watford might have scored themselves but Emmanuel Dennis’ effort lacked conviction and hit Raphael Varane before bouncing through to David de Gea.

Victory for the visitors would have been completely against the run of play, although the point nudges them a bit closer to the clubs just outside the relegation zone.

The game was preceded by a show of solidarity with Ukraine after the Russian invasion, with both teams standing behind a banner proclaiming ‘Peace’ in a number of different languages, including Russian and Ukrainian.

For United, it was another of those frustrating games interim manager Rangnick has complained about often during his short tenure.

The hosts created a succession of chances – and spurned the lot.

Ronaldo was the first culprit when he stuck a post. But Fernandes was the worst.

The Portuguese were on the end of a flowing move involving Elanga and Ronaldo but with only Ben Foster to beat, drove his shot straight at the Watford keeper.

Fernandes then turned a volley wide when he was picked out by Paul Pogba completely unmarked, in a central position with the goal at his mercy.

He was off target with a far-post header as well, although that incident was almost as noteworthy for the fact Ronaldo stayed on his feet when Foster came careering out of his goal when he surely would have had a decent penalty shout if he had gone down.

Instead, he went around his one-time United team-mate, before providing the cross Fernandes failed to convert.

The hosts fared no better in the second period, with Elanga getting on the end of a flowing move he started – but missing the target with his shot.

Ronaldo lent against a post almost in reflection as another chance went begging, before driving a shot straight into Elanga.

Substitute Jadon Sancho curled an effort over before Fernandes drove the final opportunity straight at Foster.

This result was nowhere close to being on the same scale as Watford’s 4-1 success in the reverse fixture that triggered the dismissal of Ole Gunnar Solskjaer.

However, it will feel as though there is something more solid to build on.

Watford had gone 30 games without keeping a clean sheet when Roy Hodgson took over as manager – now they have three in six games, to go with the five points collected in the former England boss’ short time in charge.

Dennis spurned their best chance but Hodgson will be delighted Foster was not really stretched, with another former United player, Craig Cathcart, outstanding in the Hornets’ defence.

It might not be pretty but Hodgson will doubtless feel if his side can get to the period in the spring, when they play four fellow relegation candidates in the space of six games, they will give themselves a chance of survival.

It was Rangnick’s idea to stand behind the ‘Peace’ banner before kick-off.

The German, who was working in Russia for Lokomotiv Moscow before the call came from United in November, spoke eloquently about the unfolding situation in Ukraine on Friday.

It is clearly something Rangnick cares passionately about and he also wore a ‘No War’ badge on his coat.