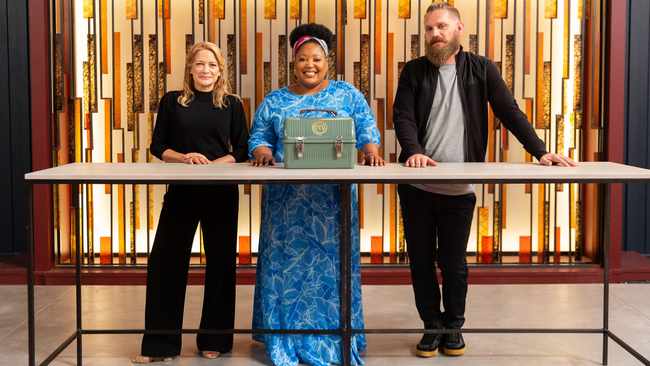 That “coming now now” tagline in M-Net’s promo for the fourth season of “MasterChef SA” has been pretty hard to miss.

As far as generating hype around the cooking reality show goes, the channel is certainly working it and then some.

And finally, viewers can put their curiosity to bed as the new judges have been announced. Zola Nene, Gregory Czarnecki and Justine Drake take over the baton from Pete Goffe-Wood, Benny Masekwameng and Reuben Riffel.

To date, there have been three seasons as well as a celebrity edition, which aired in 2015 and was won by comedian Chris Forrest.

While the judging panel is new, the celebrity chefs are well known.

Also an award-winning author, Nene is no stranger to judging on a cooking show. She was a hit when she joined the panel of BBC Lifestyle’s “The Great South African Bake Off” in 2017.

Her effervescent personality is complemented by her adventurous palate and defiant exploration of the classics.

Drake is a doyenne in the food world since 1988. Aside from being the launch editor of “Fresh Living” magazine, she has five cookbooks under her belt.

During the pandemic, when the nation took to cooking like a duck to water, she hosted “Just Cook at Home SA with Justine Drake” on YouTube.

Not to be outshone by his fellow co-judges, Czarnecki, who was born in France, is the head chef at The Restaurant at Waterkloof.

Aside from winning the coveted Chef of the Year award from Eat Out in 2016, he was also a mentor of the prestigious S. Pellegrino Young Chef competition in Africa and the Middle East.

While the new batch of contestants has yet to be revealed, the prize money of R1 million, as well as the title of MasterChef SA, will see everyone bringing their culinary A-game to the kitchen.

The knives will be out and heads will be on the chopping block from Monday, February 28, 2022, at 6pm.