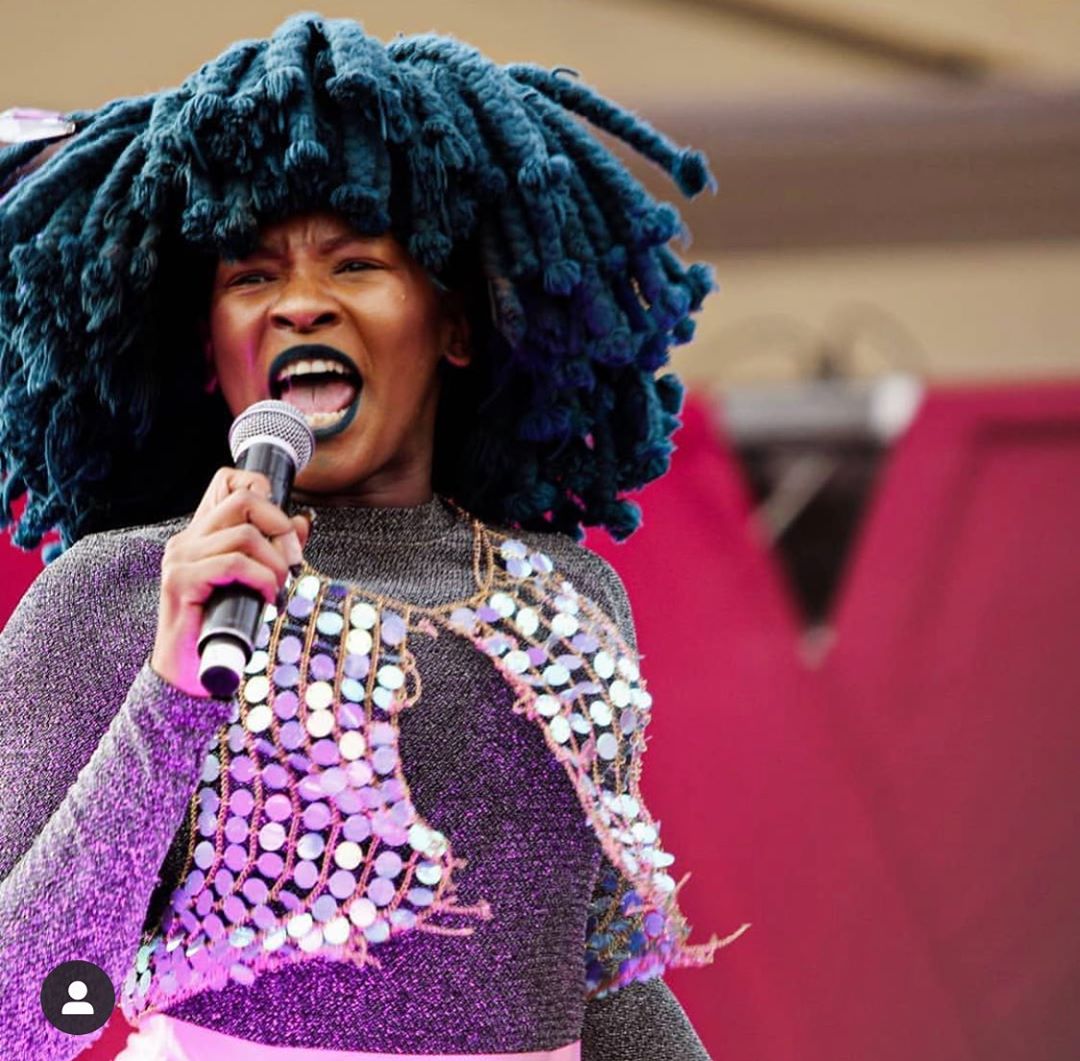 It’s no secret that Moonchild is all about celebrating her s-e-xuality, and it probably isn’t very surprising that she once again caused a stir when she shared a boomerang of her pulling down her pants and flaunting her booty in the street. She told TshisaLIVE that clothes made her feel confined, much like being behind bars. I can’t twerk in prison, clothes make me feel like I’m in prison.

Reflecting on her younger years, Moonchild explained she was often teased for having a big bum and now people were paying for a bum such as hers. “My bum is my confidence and I love it.

Of course, not everyone sees things the way Moonchild does, but being ‘shunned’ doesn’t bother her. I just laugh it off, the hate means nothing to me. What matters the most is that my fans know and understand me. They are crazy, just like me.

On stage, Moonchild is known for bringing it with her bright blue hair and personal dress sense from her one-piece bodysuits to her fishnet outfits.

Moonchild added that she stood for everything about s-e-xual liberation. “Women can’t be liberated if they are not comfortable with who they are.

Could Cassper Nyovest become a father in 2020? If his rumoured girlfriend, socialite Thobeka Majozi, has her way, we might see the rapper shopping for diapers instead of his next luxury car.

Talk of a baby got Mufasa’s fans talking after Thobeka, who is the daughter of a wealthy Durban businesswoman, commented on one of his pictures …Read more