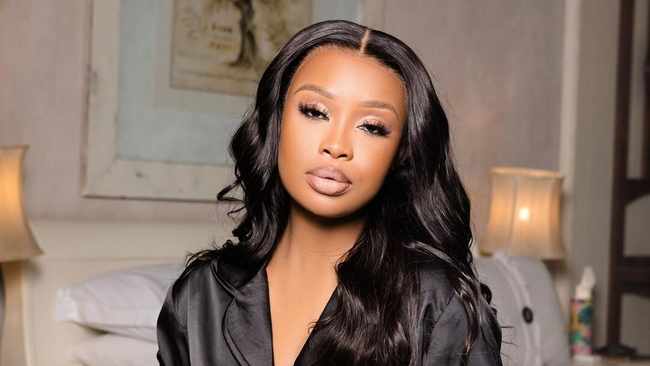 Sithelo Shozi has been allegedly cut off by the Mpisane family after Andile questioned the paternity of their second child.

Recall, Andile got married in an unforeseen ceremony, to Tamia Louw.

Well, Sithelo has been making headlines also after her association with Andile and now things are getting complicated.

Popular entertainment reporter Musa Khawula recently broke the news, via Twitter, that Sithelo had allegedly been dumped by Andile because he was questioning the paternity of their child.

The pair have two kids together, who have tied them together for years.

Andile is not sure about who the father of the second kid is but sure of the first one.

Musa also reported that following the doubts Andile had about Sithelo and their breakup, the whole Mpisane family had cut her off.

It was also reported that the BMW he bought for her has been taken back also.

Andile Mpisane is said to have dumped Sithelo Shozi after questioning the paternity of their second child.

Sithelo Shozi has been cut off by the Mpisane family and the BMW which was gifted to her 2 months ago taken back. pic.twitter.com/Bqfp1X1Mbn