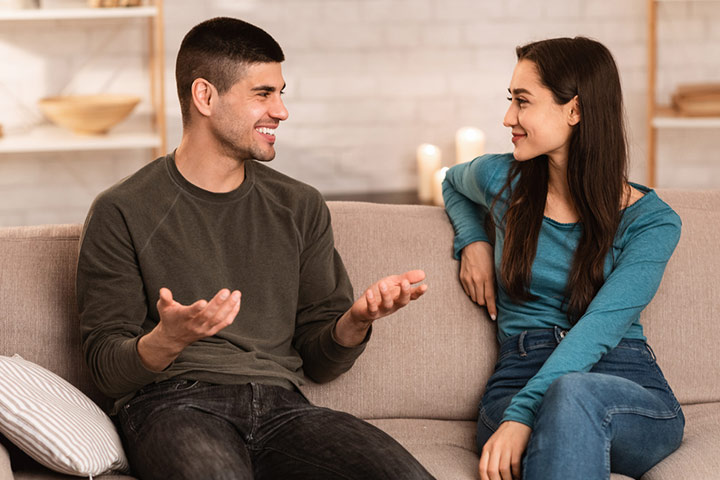 ﻿Of course, the months or weeks leading to a new relationship and even the early stages of it would be filled with questions and observations and other ways of trying to know each other more and familiarize yourselves with each other.

Of all the necessary conversations to have, the one about sex might be one of the most awkward ones. And it won’t be surprising if one or both partners feel a little reluctant or reticent on the subject.

Regardless of the awkwardness that may be associated with the conversation, it is one that definitely needs to be had particularly if the relationship is meant to be a sexual one.

So, how do you go about having this conversation?

Ease them into the conversation
In a culture where people almost always feel guarded, offended and some-type-of-way hearing sexual topics or discussing sex, it is important to be tactful about your approach to the subject, especially that first time.

It won’t be strange if your partner needs a little time to go all the way in; if they want to take their time to open up completely.

You don’t expect them to unpack and unload all on you in just one conversation. So while it is important to be tactful in beginning the conversation, that same finesse has to be carried into the conversation too. Don’t probe when they obviously don’t want to talk about a certain thing or two.

Sexual relationship or not?
The fact that you are talking about sex does not mean the relationship would be a sexual one. People dating are expected to talk about any and everything so far it helps them know each other better and understand the inner workings of each other’s minds.

So, on the off chance that you did not have the conversation before you became official, the early days of that relationship is the best time to establish whether this is to be a sexual relationship or not, or if one of you would require a little time before feeling cool enough to have sex.

Ask for their preferences
This goes without saying. If it is going to be a sexual relationship, you want to know what they expect from you. What are the special sexual needs particular to them, what are the things that make sex rock for them? These are things you really want to ask and know.

And of course, implement.