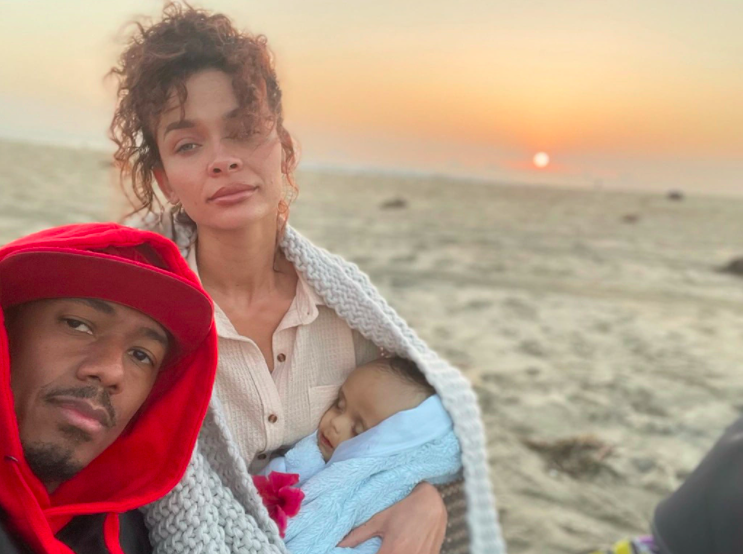 After news broke that Nick Cannon is expecting a baby with Bre Tiesi, Alyssa—whose 5-month-old son with the Wild ‘N Out star, Zen, died from brain cancer in December—took to social media to release a statement. “I want to thank every single person who has messaged or thought of me over the last course of these last few months,” she began. “I always say Zen expanded my heart in ways I never thought possible. He filled that space with compassion, knowing I would need that most.”

The model went on to note, “It is painful having my son be a part of conversations that aren’t in alignment with his light and legacy. It isn’t something I chose for him or myself.”

“It’s important for me to let you all know. I am centred, I am at peace,” she continued. “I look at everyone’s predicament with loving eyes. I will not judge. I will consciously decide what I will participate in. I am surrounded by love. God, my mom, dad, sister, brother and daughter continue to carry me.”

On her Instagram Stories, Alyssa also shared that she and Nick “knew since August that Zens time on this earth would be limited. We knew he would not make it to see 6 months.”

“I am eternally grateful he was in the arms of the people who loved him most. I know we were fully present and with him in these moments,” she wrote alongside a photo of Zen. “We love you Zen. We got you down here baby boy.”

Nick first shared the heartbreaking news of Zen’s passing during the Dec. 7 episode of his eponymous daytime talk show. According to the 41-year-old comedian, the infant had been diagnosed with a “pretty much a malignant, midline brain tumour,” and he and Alyssa took Zen to the beach as one of the final things they did as a family before his passing

Saying that he held his son “for the last time” during that outing, Nick recalled of the moment, “Not only did we get to see the sunrise, but we got to see the sunset too.”

During the Jan. 31 episode of The Nick Cannon Show, the actor announced that he was expecting a child with Bre but had previously held off on sharing the news to “respect the grieving process with Alyssa.” He explained that he felt the need to confirm the pregnancy after photos of him and Bre attending a baby shower surfaced over the weekend.

“I didn’t know what to say when I was dealing with Zen or to hold off,” Nick said. “Even right now, that it came out yesterday, that wasn’t planned to talk about it. We wanted to, you know, hold on as long as we can, but it happened. We here and I’m with my family.”

When asked if he is done having kids, Nick shared on the latest episode of his talk show that he wants “as many children as I can helpfully provide for.”

“I love children. I love my children,” he added. “I want to be the best father I can possibly be but I’m not counting out never having more children. So, again, I love all of my children and can we stop talking about me?!”

Nompilo Dlamini is finally back home