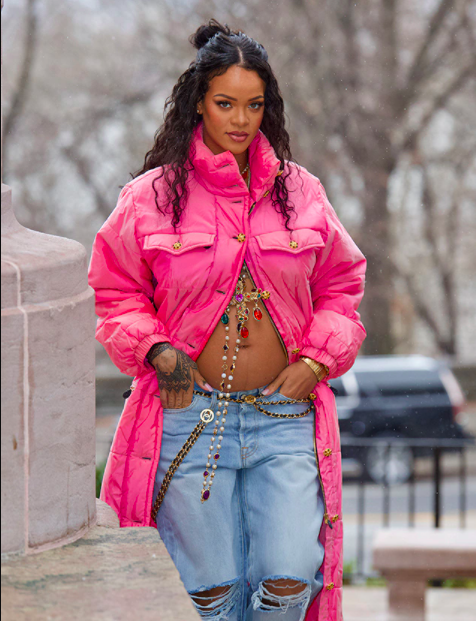 Rihanna and A$AP Rocky are going to be parents! E! News has obtained the first photos of the superstar singer’s growing baby bump.

The superstar singer and her artist boyfriend A$AP Rocky are expecting their first child together, the couple confirmed in photos obtained by E! News. In the pictures, taken in New York City over the weekend and published on Monday, Jan. 31, Rihanna can be seen showing off her growing baby bump as A$AP kisses her forehead.

This pregnancy news comes two years after the longtime friends ignited romance rumours. The speculation, which followed shortly after her split from Hassan Jameel, started after the stars were spotted spending time together in NYC. However, at the time, Rihanna wasn’t looking for a serious relationship.

As one source explained to E! News in 2020, “Rihanna is single. She just got out of a long intense relationship with Hassan. She wants to be single and isn’t going to jump into something. She’s hanging out with A$AP Rocky, but she is not dating him.”

Over time though, the sparks between Rihanna, 33, and A$AP, also 33, became hard to deny.

During a May 2021 interview with GQ, A$AP couldn’t help but gush over his girlfriend or “the love of my life,” as he called her.

When asked what it felt like to be in a relationship, he told the outlet, “So much better. So much better when you got the One. She amounts to probably, like, a million of the other ones. I think when you know, you know. She’s the One.”

By Sept. 2021, the couple had made their red carpet debut, turning heads while walking the famed steps at the Met Gala.

“We weren’t even sure if we were going to go, so separately we were planning our looks just to be prepared,” Rihanna exclusively told E! News after the event. “We ended up getting ready together and going and I didn’t even realize we were on a carpet together until somebody said, ‘You’re making your debut,’ and I was like, ‘Oh, s––t.'”