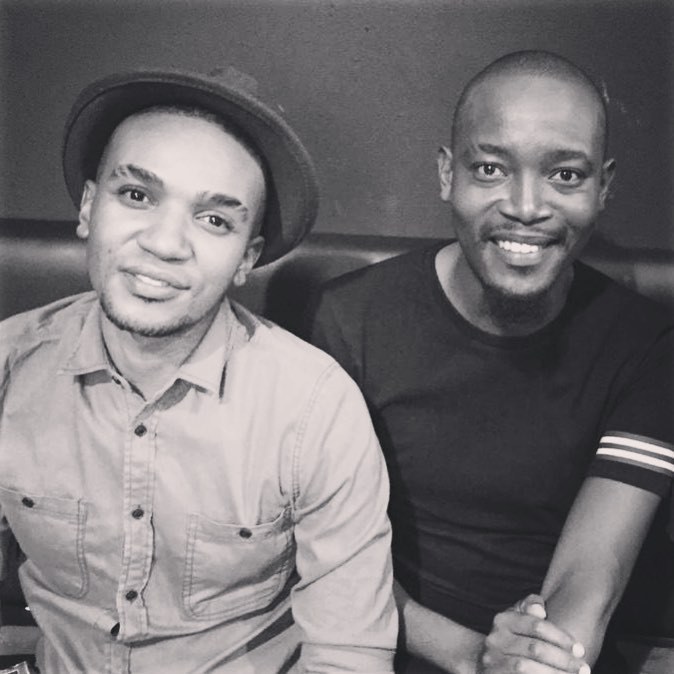 SA’s hottest couple at the moment Moshe Ndiki and Phelo Bala are not going anywhere. In fact they’re more in love than ever! In a time where our very own Zalebs – like Phat Joe and Zodwa Wabantu – are being called out for their homophobic attitudes, we’re happy to see that Moshe & Phelo’s bond is unbreakable.

I wish that I could have this moment for life,” Moshe captured a cute black and white pic with his singer bae. Phelo cooed in response “Dunno about you but I’m gonna have these moments with you for a lifetime”. Moshe & Phelo have faced their own set of struggles in their relationship

Earlier this year, Phelo’s brother Loyiso seemingly criticised him for his sexual orientation. Phelo’s eldest brother Zwai is reportedly also against their relationship.

All the pressure seemed too much for the youngest Bala brother who wiped his Instagram account clean, fueling rumours of a split But the pair found their way back together, and are celebrating their love, every chance they get.

The smitten couple have been churning out their loved-up social media posts, and we approve! From making each other their ‘Man Crush Mondays’.

Zodwa Wabantu has been accused of promoting animal cruelty but has laughed off the claims, telling her critics to instead go after Google and YouTube.

Zodwa caused a fuss when she posted a video on Instagram on Tuesday night of a young monkey sleeping. In the video, a man can be seen poking the monkey and hitting it over the head while the monkey tries to sleep…Read more here