Saturday Night Party Ignite The Energy In The House #BBMzansi 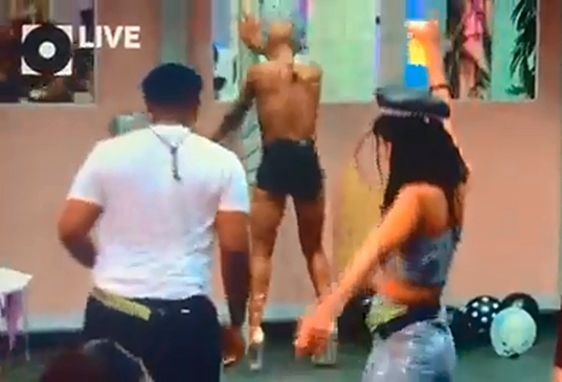 The Housemates have been getting along, sharing stories, fixing each other’s hair, role-playing, and dancing with each other. The music in the House has set the tone for the Saturday Night Party.

The morning kicked off with some of the Housemates in the kitchen dancing and singing some old-school House music jams. This sparked interesting conversations around some of their favourite musicians and Casper Nyovest was featured on this list and he was cited as a great entertainer.

There was also a laundry session that took place and the Housemates were speaking freely about how they were feeling, and we hope that this means no one will be complaining about not having anything to wear.

The Housemates fill the silences with song, and we are here for the harmonies and the harmony in the house today. We are just trying to figure out who can’t dance in this House because some of the dance moves we are seeing are mind-blowing.

The Housemates have also discussed what they will be wearing tonight and Thato is ready to bring out not only the dance moves but also her lashes and Dinky has offered to help her get ready.

Some of the Housemates decided to nap before tonight so that they can have all the energy that will be required for the rocking that will take place.

Day six has proven to be one of the best days on the House, filled with laughter, a whole lot of positive energy, and some snoring from Libo.

All that’s left to do is to set up, glam up and rock!

Big Brother Mzansi Season 3 Is Broadcast Live 24/7 On DStv Channel 198. There Is A Daily Highlight Show On Mzansi Magic (DStv Channel 161), Tuesdays To Fridays Starting 25 January 2022 At 22.30. Sunday Eviction Shows Begin On 30 January At 18:00 And Will Be Broadcast On Mzansi Magic. This Season Will Also See The Return Of Fan Favourite Shower Hour (22:00, Mondays To Thursdays On Channel 161), Saturday Night Parties With Channel O And Friday Night Games.