Is this Sizwe Dhlomo’s girlfriend? 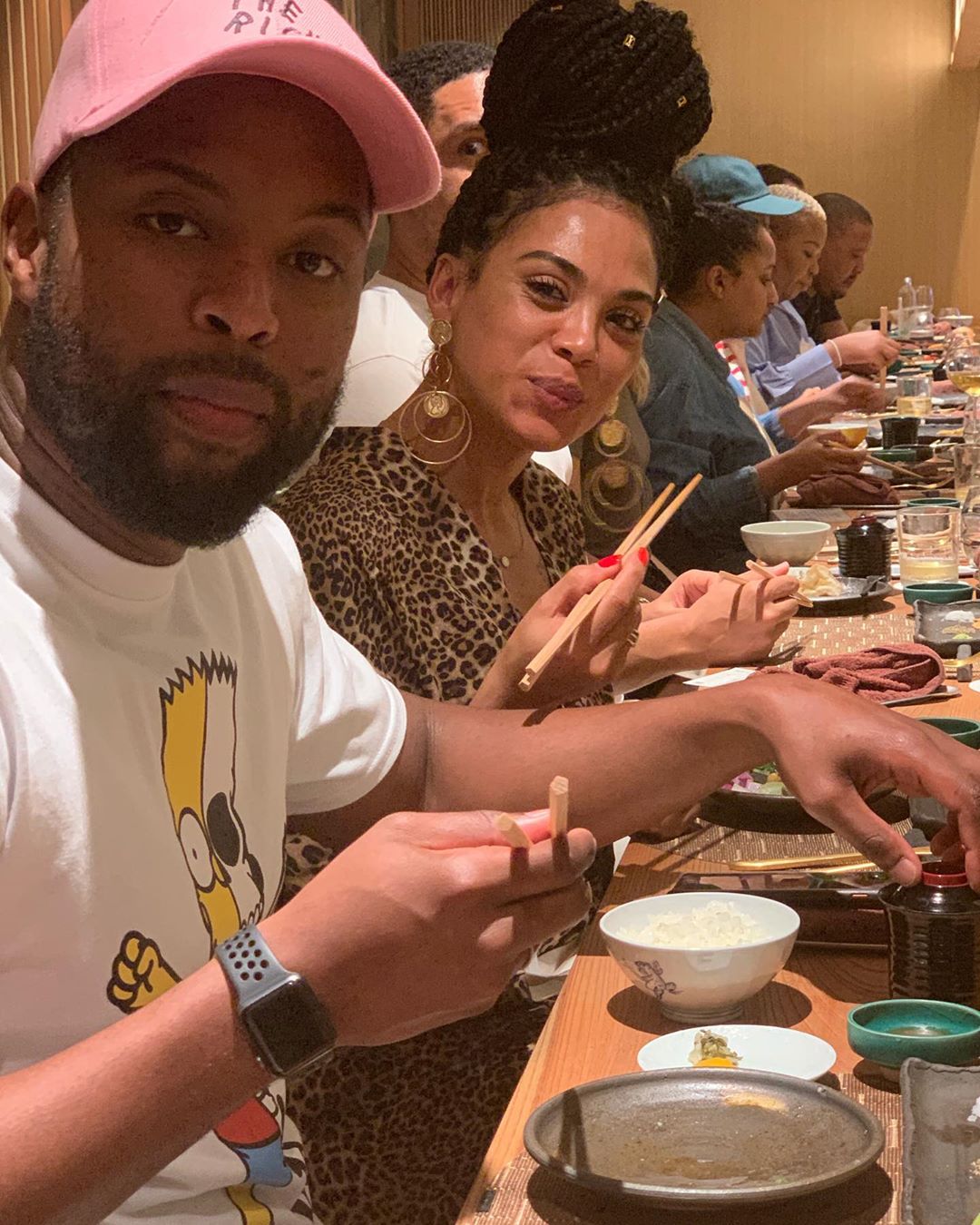 Sizwe Dhlomo is living his best life, in Japan with his besties Trevor Noah and Anele Mdoda. But we spotted a ‘special’ friend in some of the pictures of the trip shared on social media. A beautiful woman was spotted by his side throughout the trip. She first caught our attention in an image Trevor posted on Instagram.

“Tokyo is an amazing adventure. But an even more amazing adventure is being friends for 15 years and still having fun like we just met. Trust me when I tell you, the real adventures are in people not in places,” The Daily Show host wrote. The comedian only tagged Sizwe and Anele in the post… and the mystery woman also popped up on Anele’s feed – minus a tag.

It’s clear from the pictures Sizwe posted on Instagram that he is smitten with the new lady in his life. One image shows them looking lovingly into each other’s eyes. The radio personality, who is notoriously private about his love life, is keeping his cards close to his chest. He was linked to another beauty last year, when speculation was rife that he was dating media personality Thabile Ngwato.

Social media users were convinced the pair were dating, based solely on their interactions on Twitter. Thabile was known to comment on random posts with language like, “I know you though”. Neither Sizwe nor Thabile addressed the rumours and they remained just that – rumours But things are certainly looking up in the love department for him.

Oskido is a proud father who enjoys sharing a lot of proud moments with his kids whenever he gets the chance to.

Whenever the name Oskido is mentioned it’s always followed with admiration and respect for all of the work he’s done in entertainment. Read more