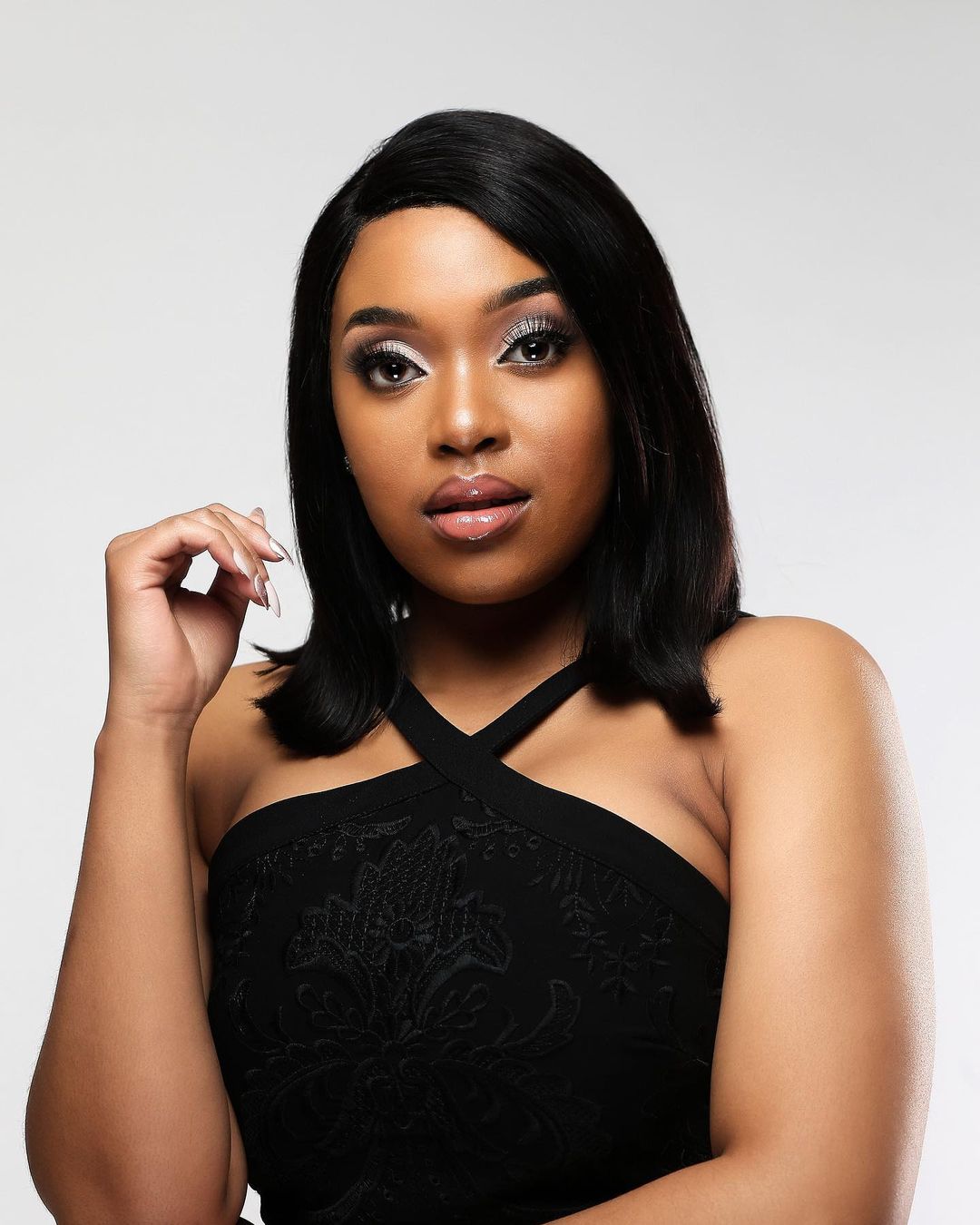 Skeem Saam‘s Pretty Seakamela portrayed by Lerato Marabe denies getting married to her boyfriend. The actress stood her ground on a radio interview to rubbish the claims that she and boyfriend are tying a knot.

The sassy Lerato Marabe playing Pretty Seakamela on SABC1’s most hit show Skeem Saam has set the record straight for once and for all. Pretty maybe be trapped in a love triangle on Skeem Saam while fighting for her rightful place in Lehasa Maphosa.

However the actress in real life is happily in a relationship with her boyfriend. According the IndAfrica, on a radio interview Marabe denied the rumors of ever getting married to her real boyfriend. They are in love and in a very committed relationship but the pair is not even talking to get married soon.

“Skeem Saam actress Lerato Marabe has vehemently denied claims that she’s a married woman. The actress who plays Pretty on the SABC1 educational show stood her ground in an interview at Metro FM after she was asked if she was married” wrote IndAfrica

Marabe and boyfriend getting married rumors came about when she posted a picture wearing all traditional outfit. People started assuming that Marabe and her boyfriend have already tied the knot.

“Explaining why people thought she was married she said that the picture of her dressed like a traditional bride (Makoti) was taken out of context. She says she was participating to a traditional ceremony at home and due to the cold weather she decied to cover herself with her grandma’s blanket hence dressed like a bride” wrote IndAfrica

Explaining in the interview, Marabe further clarified after been seen wearing in traditional attire was only because she was attending to a traditional ceremony. Her and boyfriend and happy and in love, however, getting married is not on the table at the moment.

“We were performing a ceremony at home last year. So it rained on that day and the blanket I was wearing belongs to my granny. So I just took a picture and posted it and everyone was like ‘she got married’” explained Marabe (IndAfrica)

In Other News-Shudu Musida officially launch her partnership with UNFPA

Shudu Musida has taken to her social media to announce the launch of her partnership with UNFPA. The star stated that she is now in partnership as their new Regional Champion for East and Southern Africa.

Shudu said she is ready to serve them and play her role in the advocacy of universal access to sexual and reproductive health. Learn more