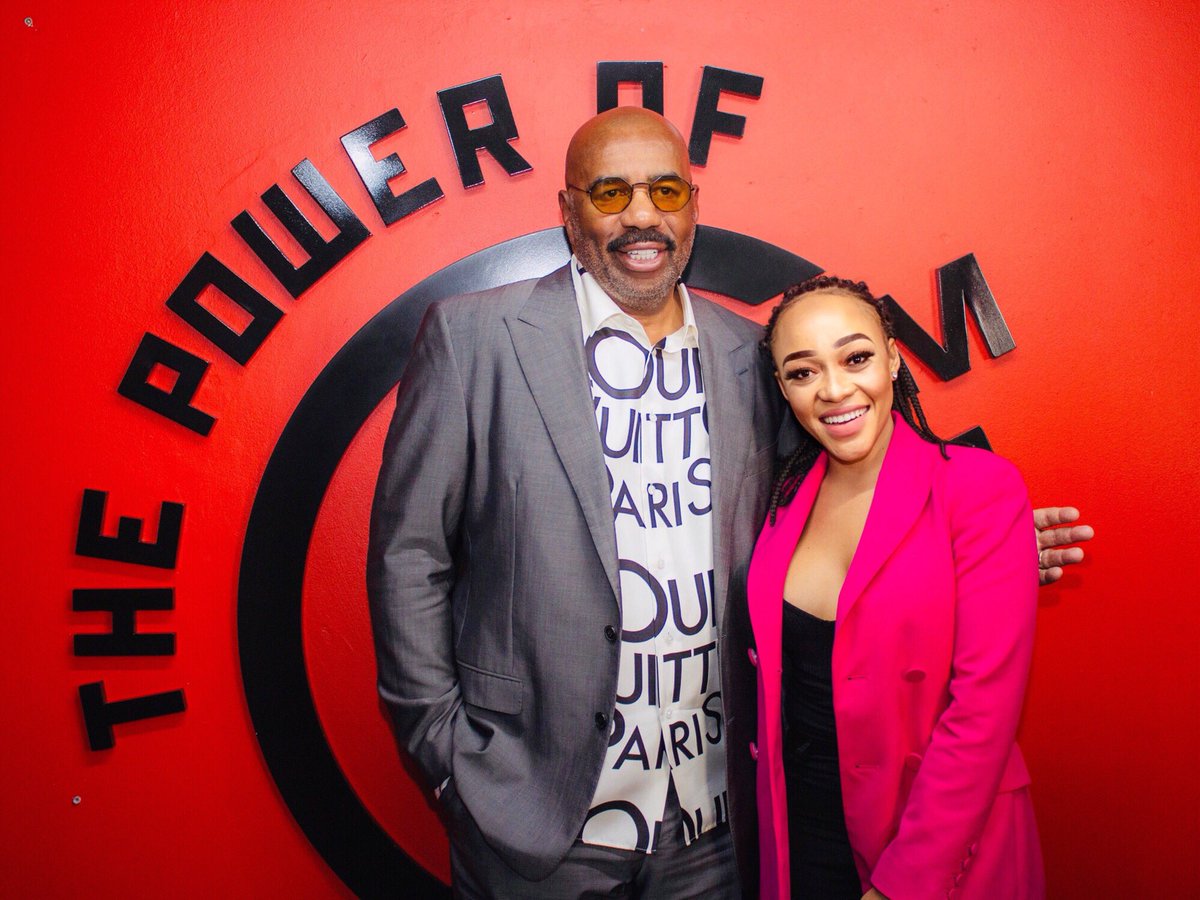 Steve Harvey tried to play matchmaker when he stopped by 5FM’s studios this week
The TV host was in South Africa to announce that South Africa will get its own version of his hit game show, Family Feud. While chatting to Thando Thabethe on her Thabooty Drive Show, Steve made her an offer many would not refuse. He tried to setup the beauty with one of his sons.

“I have a couple of sons you need to holler at… You’ll be in Beverly Hills by Friday,” Steve said. Thando played along and said she could leave tonight. Thando’s fans were for the hook-up and encouraged her to take up Steve on his offer. One suggested Steve set her up with Diddy, who recently vacationed with him and his wife, Marjorie.

“He must set her up with his in law, uDiddy,” said the tweep. Diddy was recently linked to Steve’s daughter, Lori Harvey, but reportedly called it quits before their romance could heat up.

We doubt Thando took the offer seriously, because she is currently boo’d up
She went on holiday to Maldives with her mystery man, who many believe is TV presenter Lunga Shabalala. Things are heating up between the couple, with Thando spending a lot of time at his home. But if he ever breaks her heart, at least she knows she has international options.

She was thrilled to meet Steve Harvey and maybe his sons will be just as excited to meet her. *sips tea* Thank you for a beautiful insightful, candid, honest conversation. Today will forever be inscribed in my heart,” Thando tweeted after their interview.

You might also like – Mzansi Magic on Nomzamo Mbatha’s future on Isibaya: She still forms a critical part of the cast

Actress Nomzamo Mbatha flew the South African flag high after bagging a role in the sequel of Coming to America last week – but shortly thereafter, reports claimed that her local fans would no longer be seeing her on popular telenovela, Isibaya.

According to Sunday World, due to the 29-year-old’s plans to settle in the US and her new movie role, she would be leaving the local soapie for good. Speaking to DRUM, Nomzamo’s manager Pumza Nohashe denied ever confirming that Nomzamo would be leaving Isibaya for good and said Mzansi Magic would be able to answer the question around Nomzamo’s future with the soapie. Read more