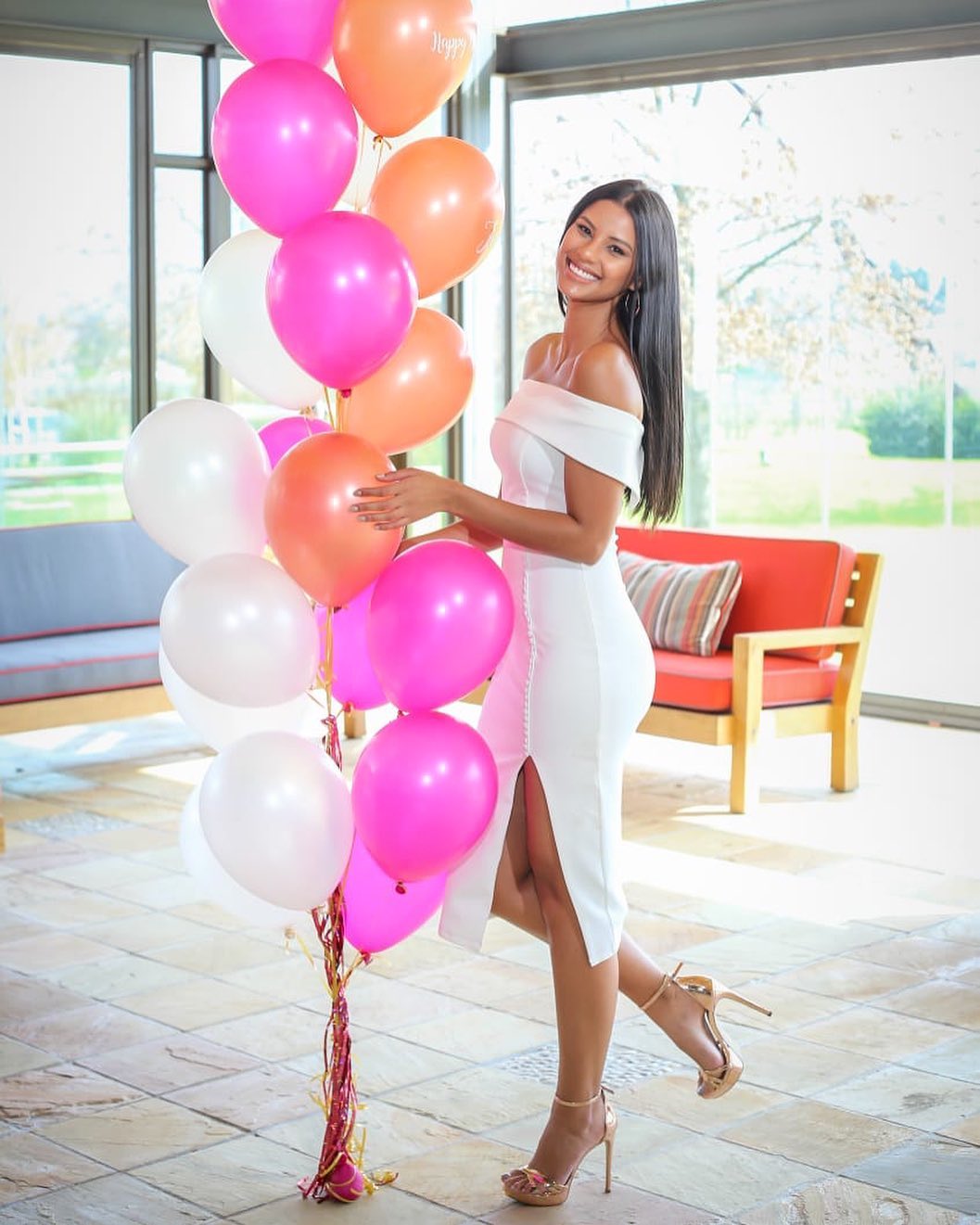 Tamaryn Green was born 19 August 1994 and is a South African model and beauty pageant titleholder who was crowned Miss South Africa 2018. She represented South Africa in the Miss Universe 2018 competition and placed as the first runner-up in the competition.

The beauty queen had friends and family under a roof and she expressed gratitude to them.

“One of my favorite things is having most of my family under one roof! ❤️? My 25th birthday celebration.”

Tamaryn who was dressed in a classy but simple outfit was grateful for the messages sent and love expressed.

She said, ‘ Thank you for all the beautiful birthday wishes I received. ❤️ I had a lovely day, spent with family & friends‘.