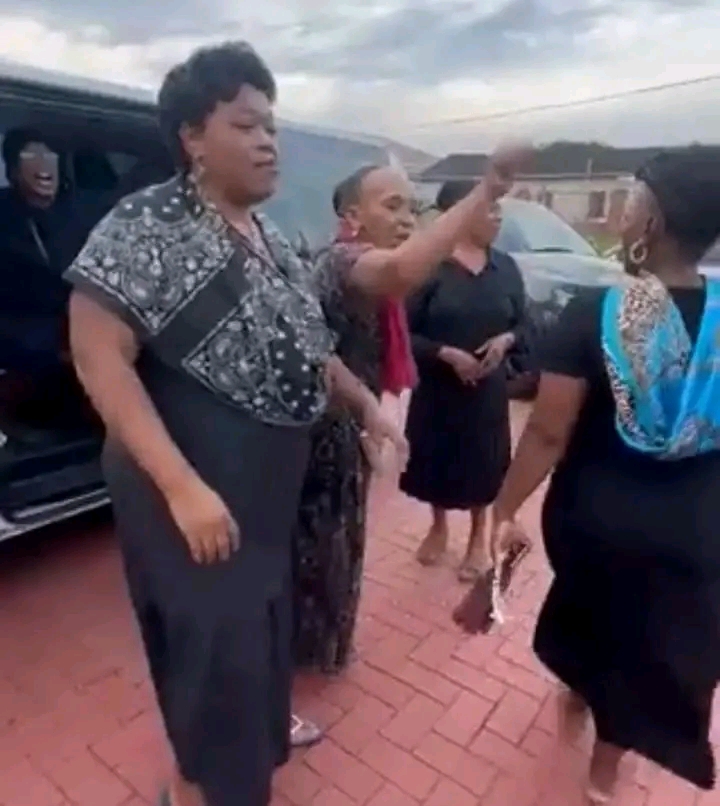 The drama continues as Babes Wodumo and Mampintsha’s mother fight for his body outside the mortuary.When the passing of a member of our community that we care deeply about brings us together, we put our disagreements aside and work together to ensure that the departed person is able to pass away peacefully. However, this is not the case in terms of the relationship that exists between the late Mampintsha’s wife and his mother. Even though he is his mother’s only son, Mampintsha does not have a very close relationship with his mother, as you may recall from before. Her mother was quite opposed to her son marrying Babes Wodumo, and she even said that Babes Wodumo was trying to trick her son by pretending to be pregnant.

As a result of all of this, Mampintsha’s mother family made the decision to take a stand against Babes Wodumo, who is excluding them from the preparations for the burial and is refusing to let them view the casket. It appears that those from Mampintsha’s mother’s side in KwaMashu and the family of Babes Wodumo will engage in a war of words during the funeral for Mampintsha. The funeral is expected to be marred by the conflict. It would appear that this completely unneeded spectacle took place in front of the mortuary earlier today.

On the video that is currently going viral, a number of Mampintsha’s mother’s friends and family can be seen arguing in front of the morgue where Mampintsha is currently being held. They were cursing at Babes Wodumo and yelling at her, demanding to know what Mampintsha’s mother had done to Babes Wodumo for her to detest her to the point of preventing her from saying a decent goodbye to her son. These ladies were seething with rage, and it was clear from the tone of their voices that they were in a bad mood. After this information was shared on social media, users responded with a variety of thoughts regarding Babes Wodumo, including whether or not she was correct. What are your thoughts regarding this issue? Do you believe that Babes Wodumo is incorrect? Bear in mind that Mampintsha’s mother was never around for him when he was growing up; rather, his father was the one who was responsible for his upbringing.