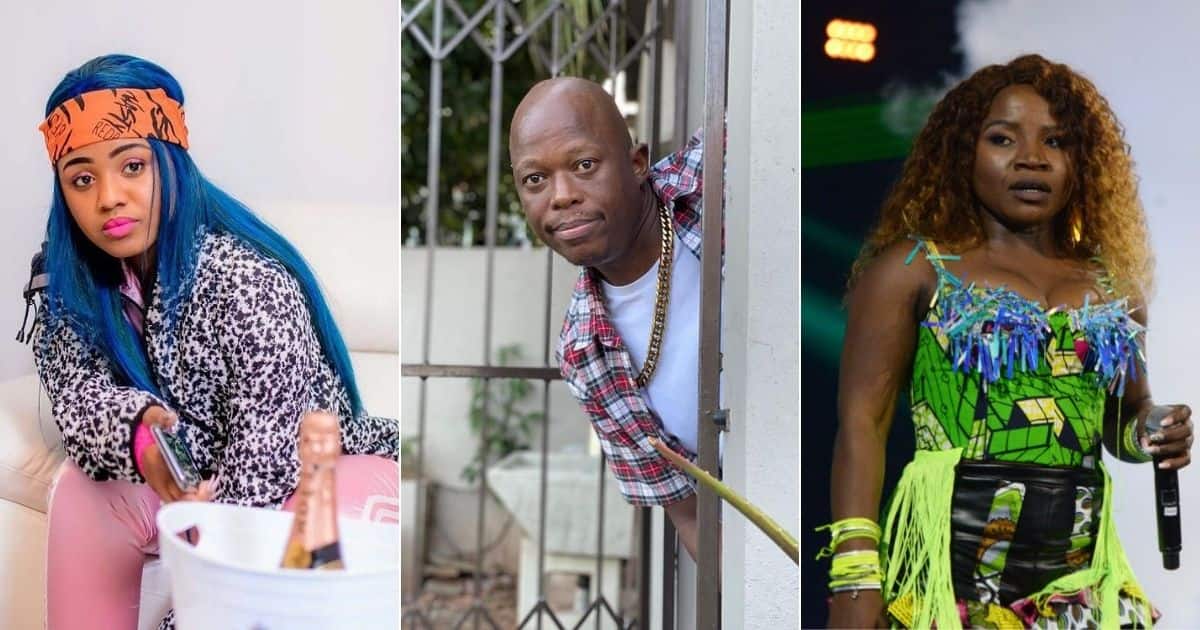 Babes Wodumo, Mampintsha and Makhadzi have been trending on social media after Babes went ranting on Makhadzi accusing her of bedding her hubby, Mandla ‘Mampintsha’ Maphumulo.

Makhadzi took to social media to address Babes’ allegations denying that she had slept with her husband.

She went on to tell her to deal with her husband for looking at her and not attacking her, tarnishing her image for what her man did.

Meanwhile, Mzansi has been calling Mampintsha to give his side of the story amidst the Babes Wodumo – Makhadzi beef.

Mampintsha took to Tiktok, where he dropped a video that has left people even more confused.

In the 46-second video, recorded in isiZulu, part of it loosely translated, Mampintsha says, “You say I like looking at things, listen here! Everyone is beautiful in their own way, there is no one ugly here.”

Mampintsha has left Mzansi guessing as to who he is referring to and who the message is intended for.

Others could not help but associate it with the Babes vs Makhadzi feud saying he can only be referring to Babes Wodumo who thinks Makhadzi is not beautiful.

Makhadzi refused to be drawn into a catfight with Babes who she accused of attention-seeking.

She mocked her claims and forgave her, and went further to advise her to control her husband.

The Limpopo-born singer said she only came to their studio for business and nothing else.

“I don’t even have your husband’s number and if he has mine I don’t know how he got it,” she added.

However, Mampintsha has been extremely quiet about the incident that sparked the feud only to release the vague TikTok video.