7 unique ways to use turmeric 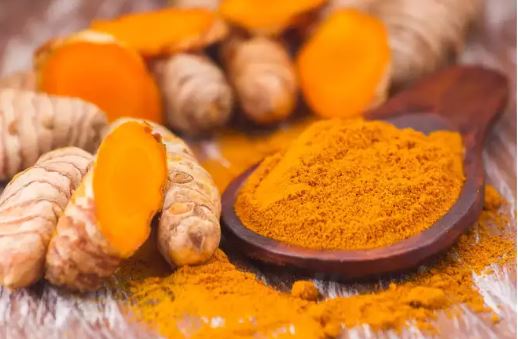 Turmeric is synonymous in almost every household. It’s an integral part of our cuisine and home remedies.
Here are some unconventional ways turmeric is used.

1. ​Improve the health of Tulsi plant
Tulsi is a very delicate plant, and it often suffers from fungal infestation, which leads to its wilting. Sprinkling a mixture of salt and turmeric daily can take care of this issue.

2. Soaking vegetables
Being rich in antibacterial properties, soaking veggies in warm water to which some vinegar and turmeric have been added can get rid of germs.

3. Warding off evil eye
For those who believe in the evil eye, turmeric is a potent remedy. Sprinkle it around the house and make a a symbol in the shape of a cross on the entrance with turmeric, which is said to ward off evil eyes.

4. ​Add it in tea
Adding a pinch of turmeric cannot just prevent infections; due to the antioxidants present, it can also keep cancer at bay.

5. ​As a natural plaster
For small sprains, there’s hardly any need to rush to the doctor. A mixture of turmeric and calcium carbonate can help set the muscle quickly.

6. ​Cleanse liver
The impact of turmeric on improving liver function has been well established. Having a glass of turmeric water with a pinch of black pepper in the morning can help cleanse the liver.

7. ​To whiten teeth
Sounds totally unbelievable, right? But turmeric along with some baking soda and salt can help in the whitening of teeth when applied regularly.

England captain Harry Kane will be fit to play in Friday’s World Cup match against the United States, says manager Gareth Southgate.
The striker injured his ankle early in the second half of Monday’s opening 6-2 victory over Iran in Group B and was later substituted. “Harry is fine. He has worked slightly separately from the group but all good for Friday night,” said Southgate. “ learn more