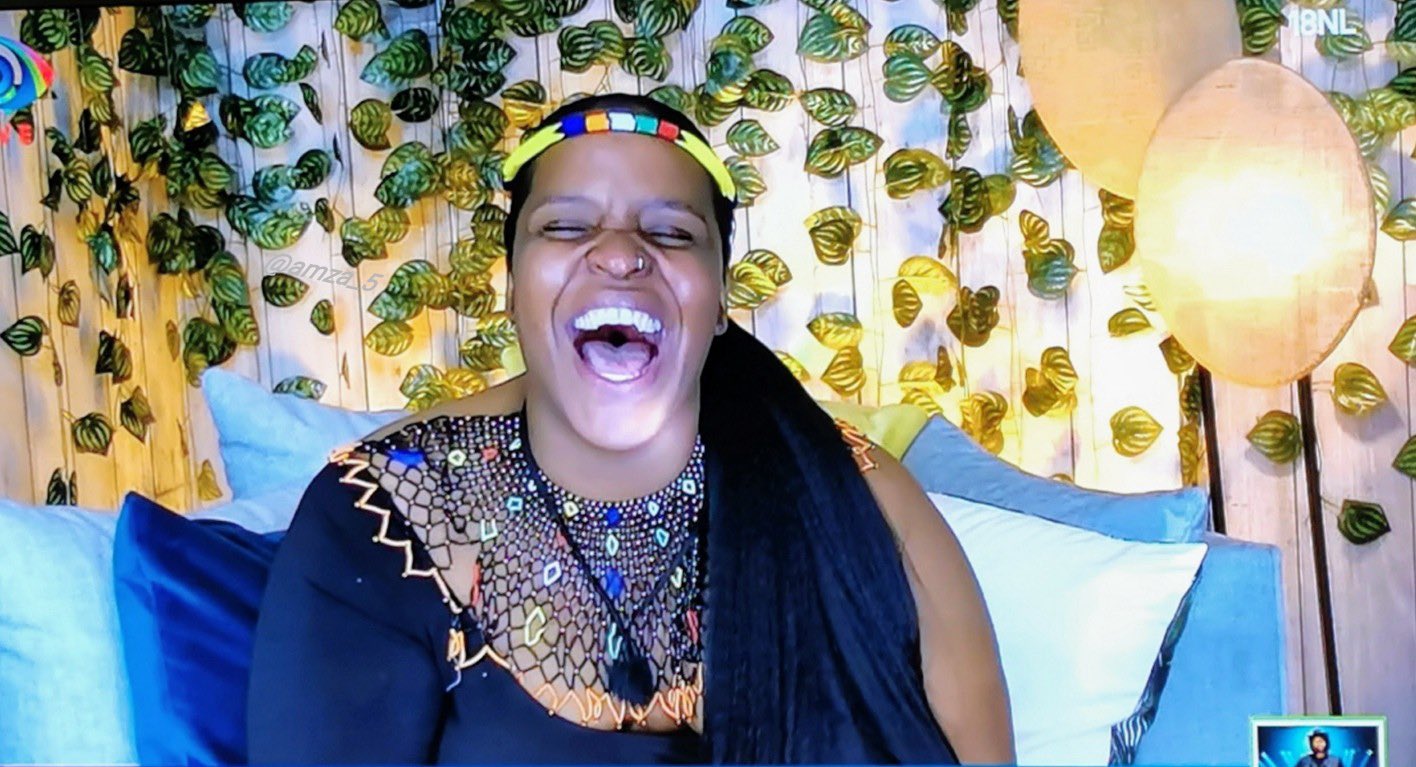 Yolanda is outgoing, fun and bubbly. She’s a bit of a socialite with infectious energy, which makes her fun to be around.

The performing arts teacher and psychology student is no people-pleaser, however, choosing to always stick to her open book policy. She’s also a good judge of character, which makes her an interesting conversationalist.

Part of her mission is representing the big girl community. She’s a lover of the human psyche, and it explains why she’s into fun banter sprinkled with honesty.

She’s unpredictable, meaning viewers can expect the unexpected from her. Her strategy to win Big Brother Mzansi? To have no strategy at all.

Some of her fans were left in shock after Big Brother announced her eviction tonight. This is what Twitter fans had to say about her eviction.

One fan described Yoli as the most genuine person in the house, she always had this enthusiasm and excitement when it came to creativity, hopefully, we see her on TV again being creative behind big shows

Ohh my Yoli. We really tried voting for you babe. Lots of love my stufuza 🥺😭❤️#BBMzansi pic.twitter.com/Q2nTF4IKnV

Yoli? It must be the traditional clothes, the same thing happened last week #BigBrotherMzansi #BBMzansi pic.twitter.com/udUocLoaay

Yoli really called it. She hasn’t been sure of herself all week. Another great personality bows out, we hope for nothing but the best for her ! 👏🏾👏🏾👏🏾#BBMzansi pic.twitter.com/fJPgJ8gGpJ

I welcome the eviction of Yolanda. Her fire left with Dinky. Since D left, she was no longer dominant. Goodbye Yoli #BigBrotherMzansi pic.twitter.com/K7rCynw85Q