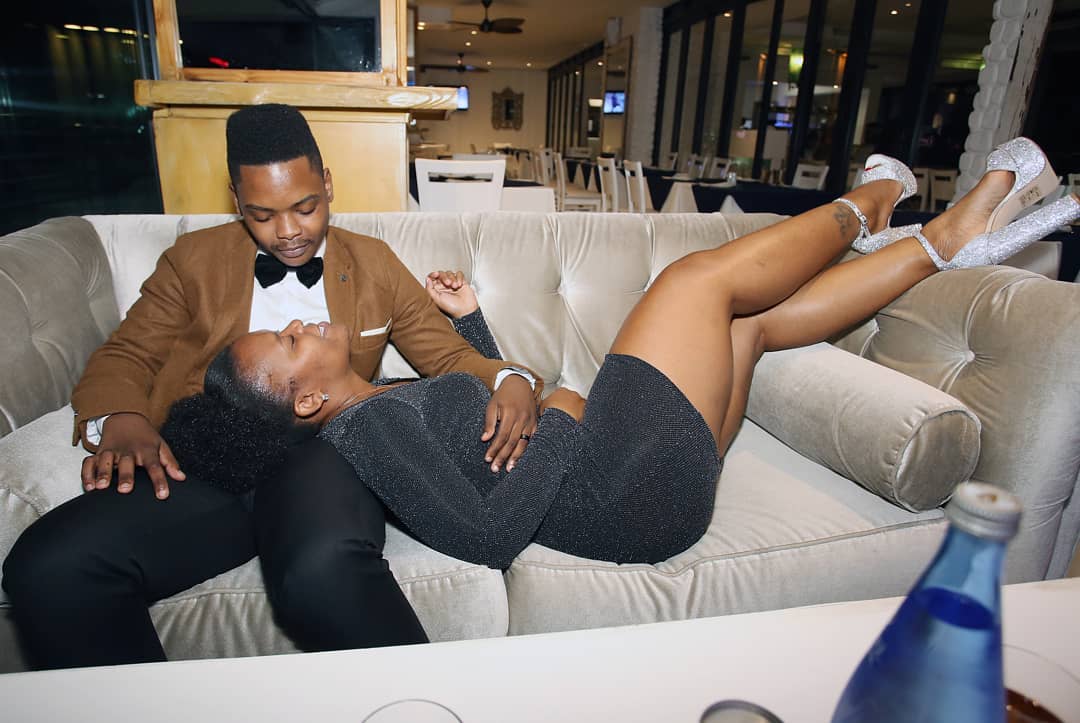 Vosho dancer Zodwa Wabantu bares all in the last episode of her reality show on Moja Love, which was shot at Soweto Theatre on Monday night. Dressed in a black crop top, short skirt and strappy heels, Zodwa was in high spirits despite reports of her recent split from fiancé Ntobeko Linda, who was at the event The socialite and dancer was joined by Khanyi Mbau (they both dated wealthy businessman Mandla Mthembu); controversial musician Jub Jub and Dr Tlaleng Mofokeng, a s-e-x therapist. The show was hosted by Trevor Gumbi.

The Soweto-born star, who shot to fame as a dancer who preferred to gyrate on stage sans any underwear and in barely-there outfits, started out as a 16-years old hustling on the streets, trying her best to eke out a living the only way she knew how.

And she wasn’t ashamed to revisit her past. I’ll never forget taking care of myself as a child, that’s why I’m not scared of anything, you can’t hurt me. They used to hide bath soap and food from me. I then realised that I have a vagina I can use to better myself.

I remember staying with my friend Nombulelo Nkomo at Dlamini 2 (Soweto). She had a backroom; so we would squat there. I would go to the streets to hustle and she would do all the house chores for us. I was the provider, bringing home plastics full of groceries,” Zodwa recalled. After realising that life on the streets wasn’t really sustainable, Zodwa re-branded herself.

She explained: “Street-life doesn’t pay. The money you get just disappears without even seeing how you spent it. I know in the hood some women still do it for alcohol, expensive hair and staying at luxurious hotels but I was never that person. I would tell a guy not to take me to the public and feed me expensive food or stuff like that, I just wanted money.

Since bursting onto the social scene in 2017, when she got all eyes on her at the Vodacom Durban July, her career took a turn for the better. She scored many gigs and grabbed headlines for her butt-naked performances. Some saluted her and others slated her. She was even banned from performing in some African countries.

But that didn’t stop her from being who she is. Instead, she continued to trend on social media and bagged Zodwa Wabantu: Uncensored, where she reveals much about her personal life with Linda, whom she was supposed to marry.

“Being in a relationship with a young person like Ntobeko was so nice because I didn’t have to cook or do laundry for him, he couldn’t tell me anything. I work hard, I have money and that’s how I kept him,” Zodwa revealed. However, the romance was short-lived. Not long after proposing to him with a R55 000 engagement ring and paying lobola, Zodwa called it quits.

“I called off the wedding after considering Ntobeko’s feelings because he’s still young and would probably want to have children in the future, which is not part of my plans,” Zodwa admitted. While she regrets losing her man through fame, she doesn’t regret the fractured relationship she has with some of her family.

“I don’t have to fix any relationship with my family because we don’t have a proper foundation. They can’t have me now. Yes, they can call me if they need help and I will provide for them but they have no right to have a say in what I do with my life. I don’t need them, even to bury me because they once said I’ll have to bury myself when I was living the street life, not even knowing why I was doing it,” she shared.

That said, she does maintain her close ties with her two sisters and an aunt, who would check up on her when things got really tough. Zodwa has made friends in the industry, who have sort of becoming family to her. Mbau is one such person. Besides having the similarities of not caring about what people say, Zodwa and Mbau have something else in common-their kids share the same father.

When asked if there was ever bad blood between the two, Mbau said she’s never had a problem with Zodwa and they got along since the first time they met.

Even though she has a thick skin, Zodwa confessed that she sometimes cries when she watches her show because it takes her back to her ugly past. But she feels optimistic about the future and is taking it one day at a time. To see the full interview, catch the finale episode of “Zodwa Wabantu: Uncensored” this Saturday at 6 pm on Moja Love (DStv channel 157).