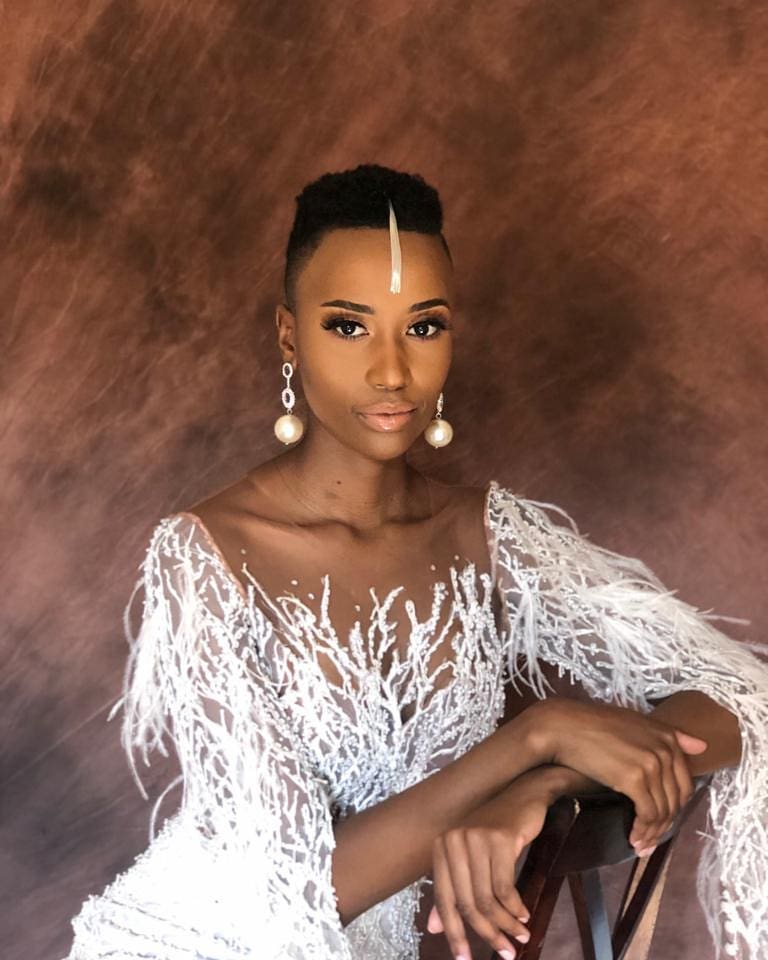 Zozibini Tunzi has won Miss South Africa but she can’t believe it!

Speaking after winning Miss SA crown 2019, the 25-year-old revealed that she didn’t expect to win.

“It actually hasn’t sunk in at the moment, I think I’ll believe it first thing tomorrow morning,” Zozibini said.

“You want to do good but then when it actually happens you come crashing and it’s overwhelming but it’s beautifully overwhelming.”

The beaut, who’s from the Eastern Cape, went on to say that she did not expect to win the Miss SA title.

“There were 15 other amazing girls. I just remember stepping out of the flight and meeting the first set of girls and I thought ‘Oh my goodness this is going to be a hectic year because every one of them was intelligent in their own right and I didn’t know that I would win’.”

Zozibini revealed that she is looking forward to meeting with different South African people and touching as many lives as possible.

“I hope to use this platform to spread positivity and do good.”

Her proud dad, Lungisa Tunzi (55), revealed that he’s stunned at his daughter’s achievement.

“I am absolutely speechless,” Mr Tunzi said. “It’s unbelievable. You know a rural boy like myself coming from the village of uTsolo in the Eastern Cape, having a child that is Miss South Africa is amazing.

“We want to put God first because we have been praying for this moment to come and now here it is.

“We are very, very proud of her and we give all the glory to God.”

South Africa, stand up as we, and the world at large, celebrate our veteran actresses! It’s #Womandla all around as we get ready to send off our veteran stars, Leleti Khumalo and Abigail Kubeka, to Atlanta in the US where they will be honoured at the 6th Annual South African Women’s Day AND 25 YEARS OF SOUTH AFRICAN DEMOCRACY Gala on August 24th. Halala!

The Gala is hosted by the South African Women Alliance (SAWA) and Brand South Africa and they have been hosting this event for the past 5 years. The purpose of this event is to celebrate, exhibit and honour the strength and resilience of South African women, like Mam’ Leleti and Mam’ Abigail, who have paved the way and inspired many others. read more…

Related Topics:Zozibini Tunzi
Up Next

Catriona Gray and Tamaryn Green reunite ahead of Miss SA